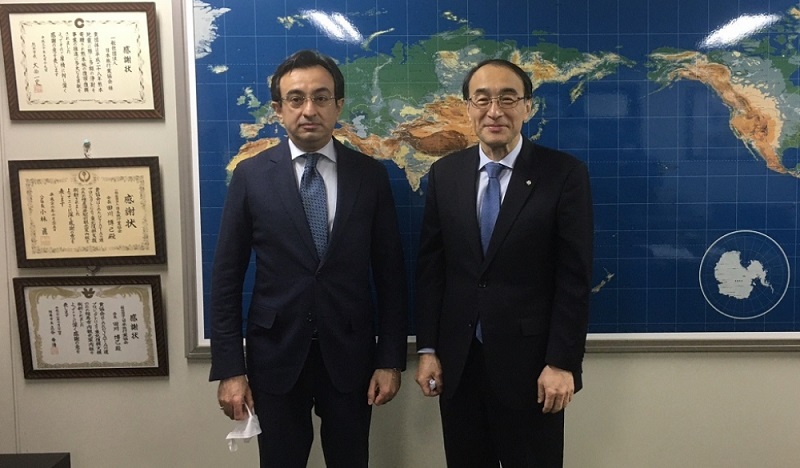 Azerbaijan and Japan have agreed to work together to strengthen cooperation in the tourism sector as Azerbaijani ambassador Gursel Ismayilzade met with President of the Japan Association of Travel Agents (JATA) Tadashi Shimura, AZERTAC reports.

The Azerbaijani ambassador hailed Azerbaijan-Japan relations as fruitful, noting great potential for developing cooperation in tourism and economy. Ismayilzade said that 2,5 million tourists from all over the world, including more than 6 thousand Japanese citizens visited Azerbaijan in 2019.

Noting that both countries have suffered a massive blow in tourism industry because of the COVID-19 pandemic, the ambassador said that Azerbaijan and Japan would spare no efforts for developing the bilateral cooperation in tourism sector.

The diplomat provided an insight into the 2020 Patriotic War, saying that Azerbaijan claimed brilliant victory by liberating its ancestral lands that had been under Armenian occupation for almost 30 years. He said that the liberated territories would become a new touristic hub of Azerbaijan and attract a lot of tourists from all over the world, including Japan.

The sides hailed the signing of the Memorandum of Understanding between Azerbaijan Tourism Board and Japan Tourism Agency, saying that the present document will open up vast opportunities for further tourism cooperation.

Touching upon the Tourism Expo Japan, a yearly world-class international tourism exhibition held in Tokyo, Shimura noted that the exhibition will be held on 25-28 November in 2021, in Osaka. He said that Azerbaijani delegation will be invited to join the meeting.