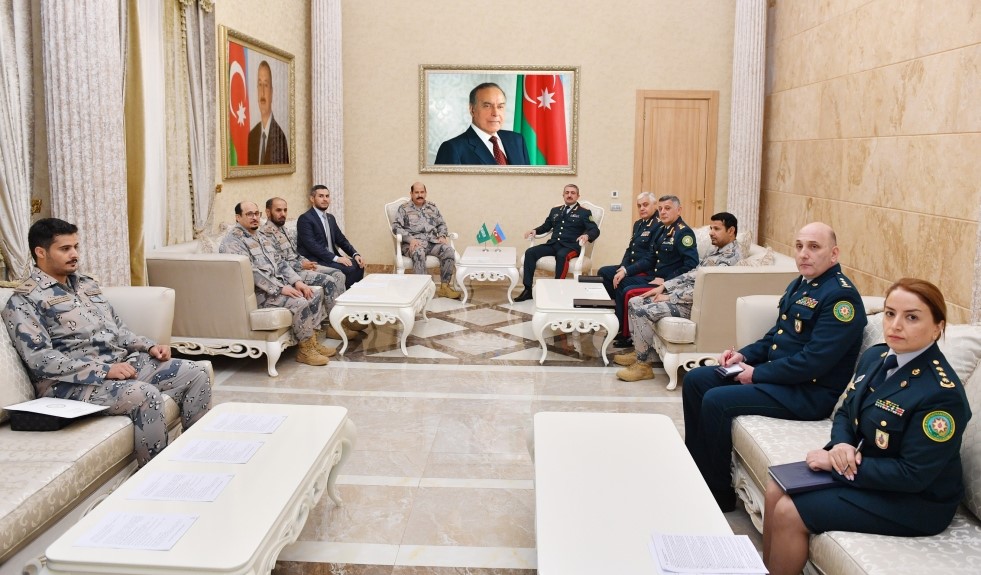 A delegation led by Director General of the Border Guard of the Kingdom of Saudi Arabia, Major General Mohammed Abdullah bin Hamdan Al-Shehri has arrived in Azerbaijan at the invitation of Chief of the State Border Service, Colonel-General Elchin Guliyev, News.Az reports.

Elchin Guliyev highlighted the restoration of Azerbaijan`s territorial integrity as a result of the glorious victory achieved under the leadership of Victorious Commander-in-Chief, President Ilham Aliyev, as well as the organization of activities for the protection of the state borders in the liberated areas and the creation of the necessary infrastructure.

During the meeting, the sides underscored the importance of the reliable protection of both countries` state borders. They also exchanged views on the work done in the field of combating smuggling and drug trafficking, illegal migration, as well as other manifestations of cross-border crime.