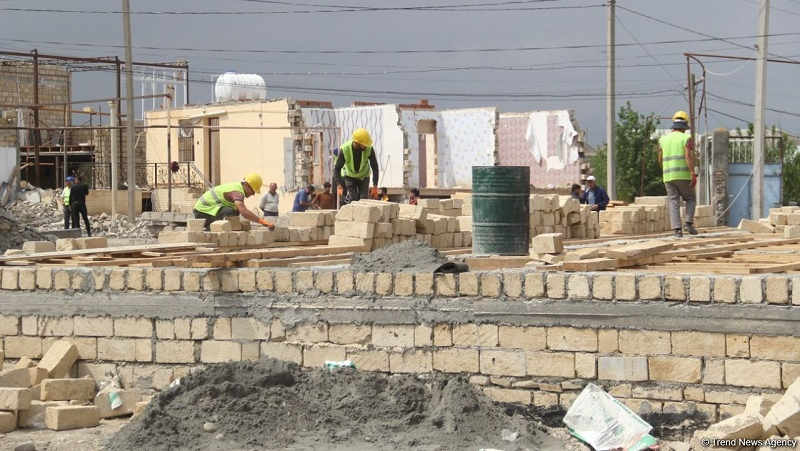 The reconstruction of buildings damaged as a result of the Armenian missile attacks has begun in Azerbaijan’s Ganja city, according to the city Mayor’s Office.

As a result of the attacks on Ganja by the Armenian Armed Forces, more than 1,000 private houses were damaged or completely destroyed.

The reconstruction work is intensively being carried out.

Ganja city mayor Niyazi Bayramov, together with representatives of the State Committee for Architecture and Urban Planning, visited the territory where the repair and construction work is underway and got acquainted with their progress.

Bayramov was informed that the repair of 253 damaged houses has been completed, and work continues in 893 buildings. Besides, in place of 24 demolished houses that were in disrepair, 10 new ones are being built, and design for 14 buildings is being developed.

During the Second Karabakh War (from late Sept. through early Nov.2020), Ganja had been repeatedly subjected to missile attacks from the Armenian Armed Forces. As a result, 26 civilians were killed and more than 120 were injured.