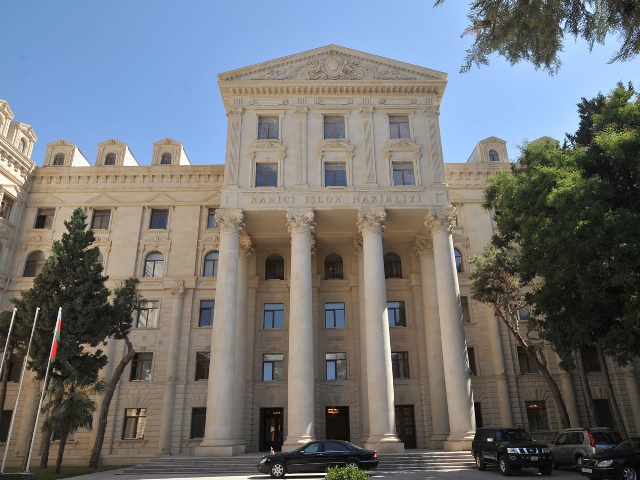 Azerbaijani Foreign Minister Elmar Mammadyarov, who is on an official visit to Malta, and Maltese Foreign Minister George Vella discussed opportunities of developing cooperation between the two countries, according to AzVision.

During the visit, the Azerbaijani foreign minister held several meetings with the Maltese officials and discussed prospects for the development of cooperation between the two countries.

Mammadyarov and Vella expressed gratification with the level of cooperation between Azerbaijan and Malta, in particular, the sides stressed a good political dialogue between the countries.

The ministers stressed the importance of expanding and strengthening the legal framework, in particular in such areas as economy, education and culture, to develop relations between the countries.

The ministers also pointed out that terrorism and unresolved conflicts pose a great threat to international peace and stability.

During the meeting, Mammadyarov spoke about the negotiation process on the settlement of the Armenia-Azerbaijan Nagorno-Karabakh conflict.

Mammadyarov and Vella also discussed the cooperation between Azerbaijan and the EU, possible contribution of Malta as a country presiding in the Council of the EU in the development of the cooperation.

Vella expressed support for Azerbaijan in expanding cooperation with the EU and stressed the country’s importance for Europe in ensuring its energy security.