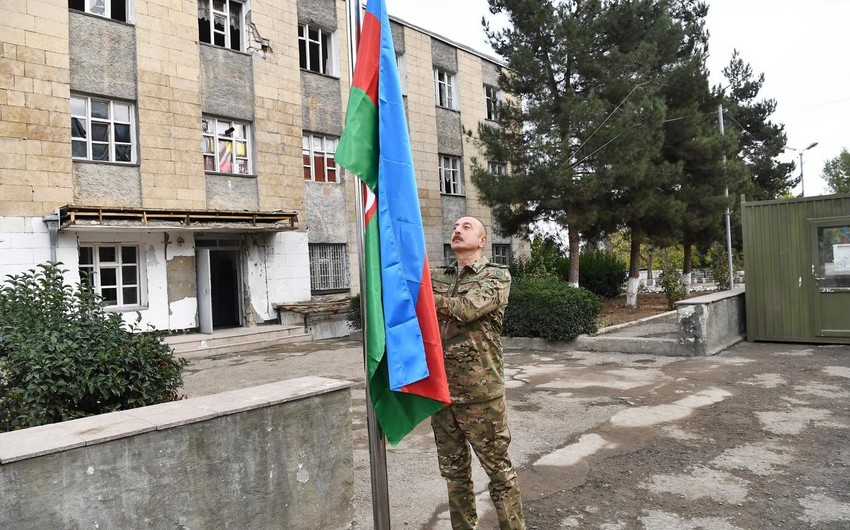 October 4 marks a year since the liberation of the city of Azerbaijani Jabrayil city and a number of villages in Jabrayil region from the Armenian occupation, News.Az.

As a result of the rapid counter-offensive operation of the Azerbaijani army, which began on September 27 in response to yet another provocation of Armenia, the lines of defense and fortifications built by the Armenian Armed Forces on Azerbaijani lands were completely destroyed.

During the 44-day military operations, Azerbaijan defeated the Armenian armed forces and liberated Jabrayil, Gubadli, Zangilan, Fuzuli regions, most of the Khojavand region, and a number of villages in the Lachin region from 30-year-long occupation by Armenia. During this period, 5 cities, 4 settlements, 286 villages, numerous strategic heights were liberated.

And on November 8, after 28 years of separation, the city of Shusha, which has great spiritual and symbolic significance for the Azerbaijani people, was liberated from occupation. As a result, Armenia had no choice but to sign the act of surrender.

On November 10, 2020, Presidents of Azerbaijan, Russia and Prime Minister of Armenia signed a joint ceasefire statement. In his address to the people, President of Azerbaijan Ilham Aliyev noted that this statement is actually a military surrender of Armenia. Under the terms of surrender, the occupying forces of Armenia left the Aghdam region on November 20, Kalbajar region on November 25, and Lachin region on December 1, 2020. Currently, rapid reconstruction and restoration work is underway in Karabakh and East Zangezur.