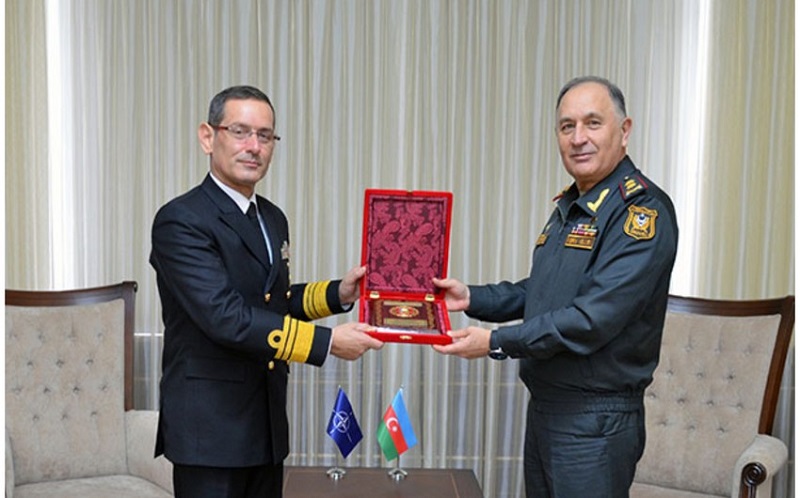 After greeting the guest, the Chief of General Staff noted that after the victory in the Patriotic War under the command of President, Commander-in-Chief of the Armed Forces Ilham Aliyev, the Azerbaijan Army was highly prepared and the fighting spirit of the military personnel increased.

Valiyev noted the importance of cooperation and spoke about the positive results achieved by the Azerbaijan Army Units within the framework of the Operational Capabilities Concept (OCC).

Rear Admiral B.Turan noted that he highly appreciated the activities carried out by the servicemen of the Azerbaijan Army in all areas of partnership with NATO.

During the meeting, the parties exchanged views on the prospects for future cooperation with NATO, as well as on military, military-technical, military education, military medicine and other issues of mutual interest.