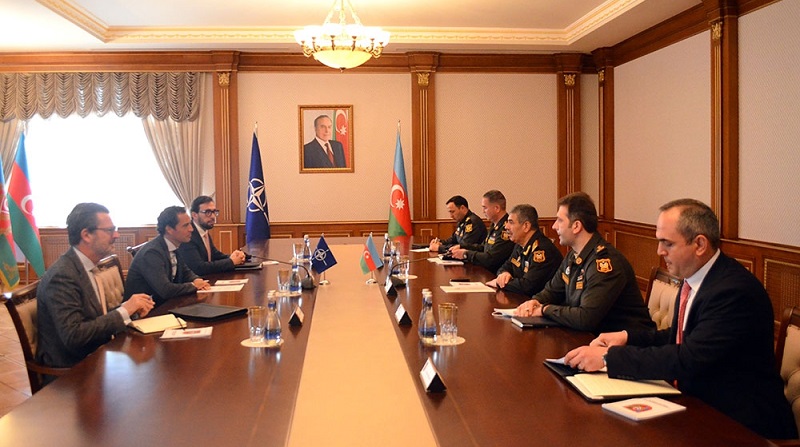 Minister Hasanov highlighted the reforms carried out in the Azerbaijan Army in accordance with the instructions of President, Commander-in-Chief of the Armed Forces Ilham Aliyev, as well as the work done in the liberated territories and the current situation on the Azerbaijani-Armenian state border.

The defense minister spoke about the positive results achieved in the field of cooperation with NATO, noting the importance of further developing relations.

NATO Secretary General’s Special Representative Colomina hailed the close cooperation of the Azerbaijan Army with the Turkish Armed Forces. He stressed that this cooperation will also make a significant contribution to Azerbaijan-NATO relations.

The sides exchanged views on the prospects for the development of bilateral relations, the military-political situation in the region, as well as other issues of mutual interest.