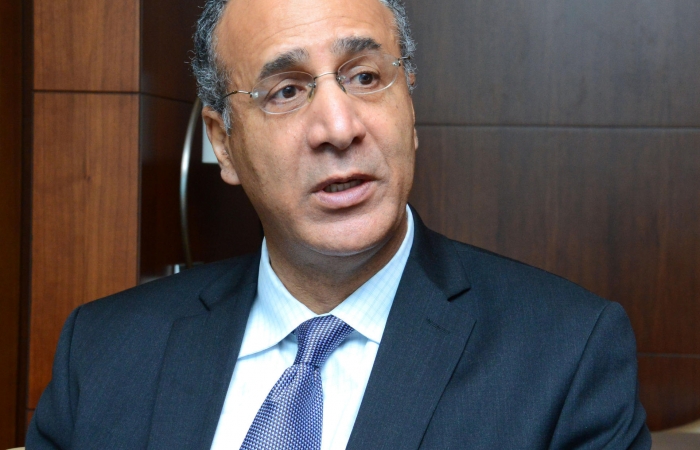 The sooner the banking sector is stabilized, the sooner the situation will be normalized in the economy as a whole.

Azerbaijan needs to accelerate the restructuring of the banking sector, Chief of the International Monetary Fund’s (IMF) Mission in Azerbaijan Mohammed El Qorchi, who is on a visit in Baku, said in an interview with Trend.

"The restructuring has been going on for some time and the authorities, I believe, have taken it seriously, especially recently with the establishment of FIMSA [Financial Market Supervisory Authority]," noted El Qorchi.

"Our recommendation is that it is important to bring the banking sector to a normal and more stable situation," he said, adding that instability in the banking sector has implications on many things, including the confidence in the economy and in the exchange market.

Chief of the IMF mission said that despite the difficult situation in the banking sector of Azerbaijan, the country's government was able to achieve success in the issue of banks’ restructuring.

"The situation in the banking sector is challenging. As you know, the authorities have been restructuring the banking sector for some time. They were dealing with IBA [International Bank of Azerbaijan], the biggest bank, but also with other banks," he noted.

During the past year, 11 banks were closed in the country and the government is working diligently to restructure other banks that need support or may not be viable, said El Qorchi.

"So, this time we feel that the authorities are making progress," he said, adding that the Azerbaijani authorities have informed the IMF mission that they have a good plan and this year they will complete the banking sector’s restructuring.

"And that involves not only the IBA, but also other small banks," added El Qorchi.

He also noted that during the visit, the IMF mission will have a meeting with officials of Azerbaijan’s leading banks, where the sides will discuss the current banking sector restructuring.

Firstly, the IMF mission wants to understand exactly the situation in the market, main challenges being faced by banks, and how they prepare themselves for the restructuring, said El Qorchi.

Meanwhile, he added, the mission wants to get acquainted with the banks’ plans, their recommendations for the IMF and monetary authorities, discuss with them the ongoing reform and hear their views.

The IMF mission’s visit to Azerbaijan will last until the end of this week.

The IMF mission is also expected to have meetings in Azerbaijan’s Ministry of Taxes, Ministry of Labor and Social Protection of Population, State Oil Company (SOCAR), State Statistics Committee, as well as with leading commercial banks of the country.

The previous IMF mission led by Mohammed El Qorchi visited Azerbaijan in May-June 2016. During the visit, the sides discussed economic processes in Azerbaijan and reforms being conducted in the country.

The International Monetary Fund opened its office in Baku in 1992.