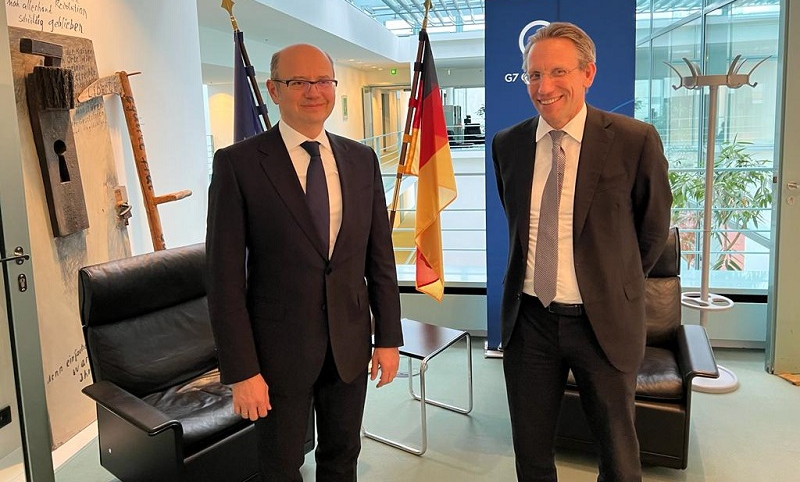 The meeting took place on the sidelines of the Berlin Energy Transition Dialogue.

“With the help of new transmission lines, such as the Black Sea submarine power line, we can export green energy to be produced in Europe. At the same time, the export of the hydrogen mixture is also being considered, both of these issues are real opportunities,” the minister said.

During the meeting, the parties also discussed the issues on the global energy agenda, the expansion of the Southern Gas Corridor, the transformation of Azerbaijan into a European supplier of green energy and the development of bilateral energy cooperation opportunities were discussed.

It was noted that Azerbaijan, which has been a supplier of oil for many years, has become a supplier of gas to European countries through the Southern Gas Corridor, one of the largest projects of the 21st century, and the expansion of this corridor requires the solution of a number of necessary issues based on multilateral cooperation.