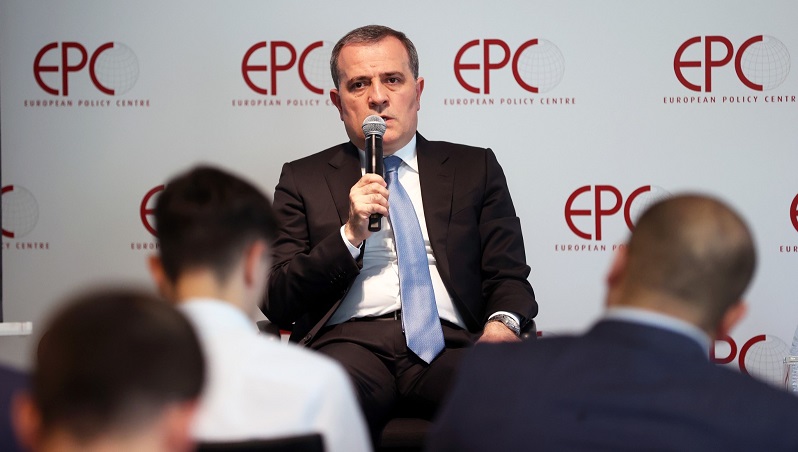 Azerbaijan is a reliable partner of Europe and plays an important role in ensuring Europe’s energy security, Azerbaijani Foreign Minister said on Tuesday.

He made the remarks while speaking at an event held at the European Policy Center in Brussels.

He also said that currently Azerbaijan is an exporter of electricity and expressed confidence that electricity generated from renewable energy sources will be exported to Europe in the coming years.

The minister informed the event participants about the ongoing large-scale restoration work in the liberated Azerbaijani territories and noted with satisfaction that a group of natives of the liberated Aghali village, Zangilan district, has already returned to the village.

Later, Bayramov answered numerous questions from participants, including about the new situation in the South Caucasus after the Second Karabakh War, transport links, peace efforts, and the situation in Ukraine.