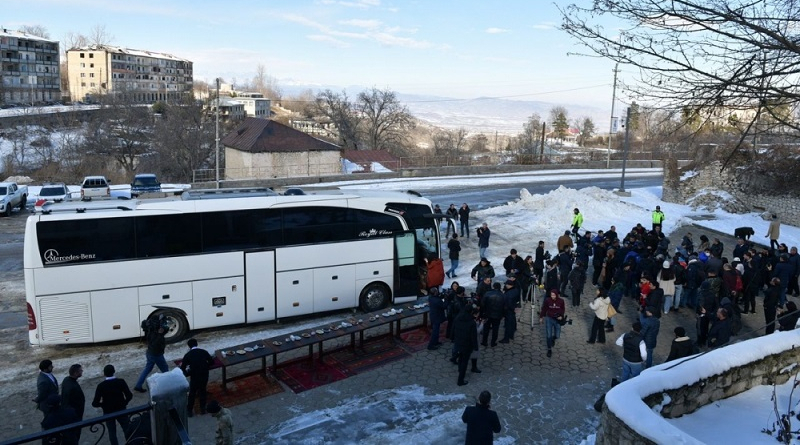 Large-scale work is underway to restore the territories of the Republic of Azerbaijan liberated from Armenian occupation, ensure sustainable development, build the most modern infrastructure and create decent living conditions. All necessary measures are being taken to ensure the Great Return to those cities and regions.

As part of the work carried out in this direction, the first regular bus route to the cities of Shusha and Aghdam, which are of great historical significance and cultural value for the people of Azerbaijan, were launched on January 24, News.Az reports.

Taking into account the analysis of routes, as well as numerous requests and needs of citizens, it was decided to carry out daily bus services in the direction of Baku-Shusha-Baku in March – during Novruz holiday. Tickets are already on sale.

From February 16, the Baku-Shusha-Baku bus routes will be implemented not twice, but three times a week. The initial travel ban has been lifted.

Ticket sales were carried out online at www.yolumuzqarabaga.az , developed in integration with the relevant route program of the Ministry of Digital Development and Transport.

Evaluations and analyzes on the routes will be continued. Appropriate decisions will be taken according to demand.