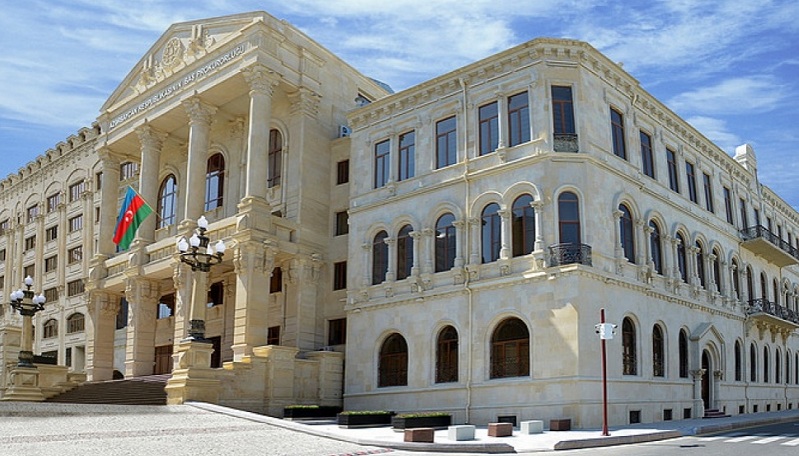 Azerbaijan has sent a request to put two Armenian officers on the international wanted list, Trend reports referring to the press service of the Azerbaijani Prosecutor General's Office.

Previously, commander of the Armenian Armed Forces’ sabotage and reconnaissance group, First Lieutenant Gurgen Alaverdyan (born in 1989), who was instructed to commit provocations against Azerbaijan in the direction of Azerbaijan’s Goranboy district, was detained and handed over to the enforcement bodies of Azerbaijan.

Based on the testimony of Alaverdyan, grounds were revealed for suspicion that he, as a commander of a platoon within the reconnaissance group of an illegal armed formation created in the occupied Azerbaijani territories, participated in provocations against Azerbaijan.

From the testimony, it was also revealed that other citizens of Armenia, including Vazgen Vartanyan, Armen Jamalyan were involved in illegal actions on occupied territories of Azerbaijan.

Сharges were brought against them under Azerbaijani Criminal Code’s Article 100.2 (waging a war of conquest), Article 228.3 (illegal acquisition, transfer, sale, storage, transportation or carrying of weapons, accessories for them, ammunition, explosives, and explosive devices by an organized group), Article 276 (espionage), Article 279.2 (assault on enterprises, institutions, organizations, or individuals), Article 318.2 (illegal crossing of the state border of the Azerbaijan Republic by a group of persons or an organized group in collusion, or with the use or threat of use of such force), 214.2.3 (attempted terrorism), and Article 120.2.12 (deliberate murder based on national, racial, religious hatred or enmity).

On the basis of a submission from the Prosecutor General's Office, the court adopted the decision to arrest them.

With the adoption of appropriate decisions on the international wanted list of these persons, the Investigation Department forwarded the decisions for execution to Azerbaijan’s Ministry of Internal Affairs, the State Security Service, as well as to the National Central Bureau of Interpol.

The General Prosecutor's Office will ensure that the necessary and institutional measures are taken to bring the servicemen of the Armenian Armed Forces to justice within the framework of international law.