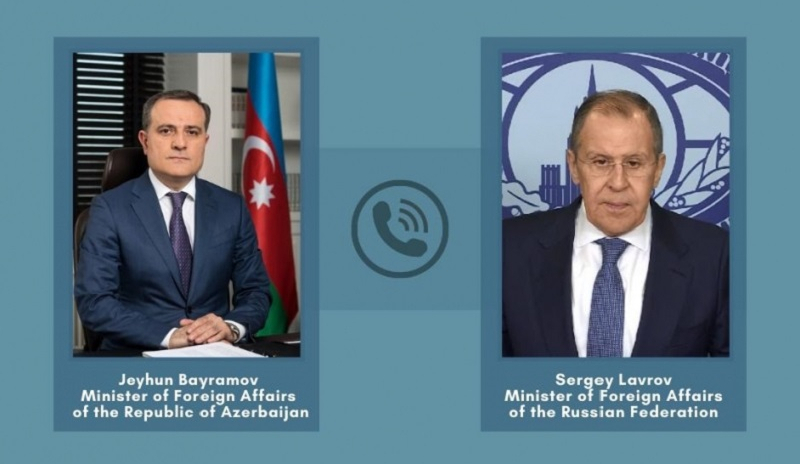 The sides discussed the current situation in the region, as well as the implementation of the trilateral statements of November 10, 2020, and January 11, 2021 [between Russian, Azerbaijani and Armenian leaders following the Second Karabakh War].

During the phone conversation, the ministers also exchanged views on the developments around Ukraine, as well as other issues of mutual interest.