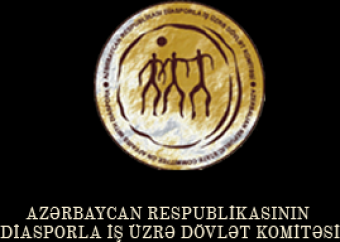 "Сertain forces that see the Azerbaijan-Russia strategic partnership as a threat to their interests are behind the VAK liquidation."

The liquidation of the All-Russian Azerbaijani Congress (VAK) runs contrary to strategic partnership relations between Azerbaijan and Russia, the State Committee of Azerbaijan on Work with Diaspora said in a statement on May 16, APA reported.

The cancellation of the Congress’s registration by Russia’s Supreme Court based on the lawsuit filed by the country’s Justice Ministry has been met with deep regret and concern by Azerbaijan and Azerbaijanis living all over the world, said the statement.

The statement highlighted that Russia’s Supreme Court decided to liquidate VAK, which is one of the biggest public organizations in this country, despite all the efforts made by Azerbaijan’s concerned bodies, different organizations, as well as the Congress leadership.

Based on numerous requests from Azerbaijanis living in Russia and beyond, the State Committee reiterated that this move is in complete contrast with strategic partnership relations between Azerbaijan and Russia as well as the centuries-long friendly relations between the two nations. Made at a time Russia and Azerbaijan enjoy rapid-developing cooperative relations and the nations are in increasing need of mutual support, this decision could undermine the years-old mutual trust between the two nations.

Considering the concern of the Azerbaijani public and diaspora representatives, the State Committee once again emphasized that the analysis of the situation around Congress and information obtained from a variety of sources created doubts that certain forces that see the Azerbaijan-Russia strategic partnership as a threat to their interests are behind the VAK liquidation.

The liquidation of one of Azerbaijan’s biggest diaspora organizations in Russia, which acts as an intermediary in the negotiations on the settlement of the Armenia-Azerbaijan Nagorno-Karabakh conflict and is a co-chair of the OSCE Minsk Group, can cause distrust of the Azerbaijani society towards this country’s impartiality, noted the State Committee.

The State Commission said it is sympathetic to the protests of members of the public, media outlets and diaspora activists, stressing that it is wrong to shift responsibility for this decision to individuals, state bodies and the VAK leadership.

“All VAK congresses and meetings were held under the consent of Russia’s state agencies. There are serious reasons to say that the court’s decision is completely biased and inadequate,” said the statement.

The State Committee continued: “Taking into account the need to respect the court’s decision, the Congress, in accordance with Russia’s legislation, will appeal to relevant courts and try to achieve the restoration of justice. All necessary steps will be taken ensure that the court decision on the VAK liquidation will be reconsidered in accordance with the law, and we will achieve an objective and fair result that meets the interests of our countries and peoples.”