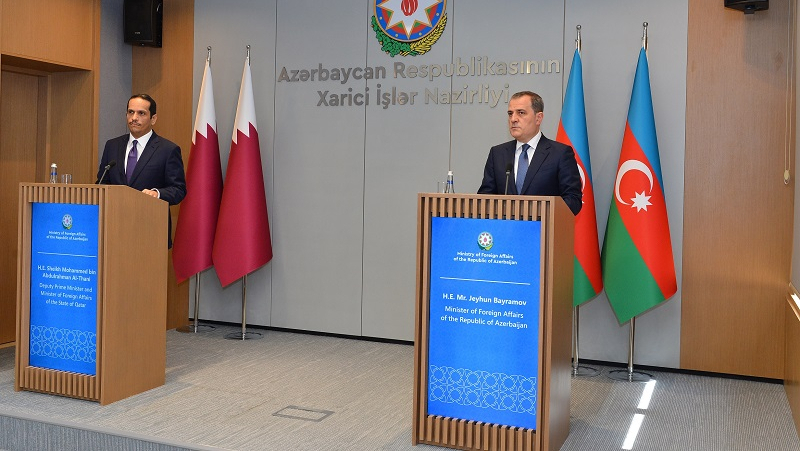 One of the main issues of the trilateral statement of 10 November 2020 on Karabakh is the opening of communications between Azerbaijan and Armenia, said Azerbaijani Foreign Minister Jeyhun Bayramov.

Speaking at a joint press conference with Deputy Prime Minister and Foreign Minister of Qatar Sheikh Mohammed bin Abdulrahman Al-Thani in Baku, Minister Bayramov said Azerbaijan comes out with a constructive position on this issue.

“But we do not see any effective steps from the Armenian side. The lack of a concrete result in the ongoing negotiations is regrettable,” he noted.

“We consider the delay in the process to be the wrong approach. Azerbaijan is waiting for more concrete steps. Although the Armenian political leadership has recently given some positive messages, no effective steps have been taken so far,” the minister added.