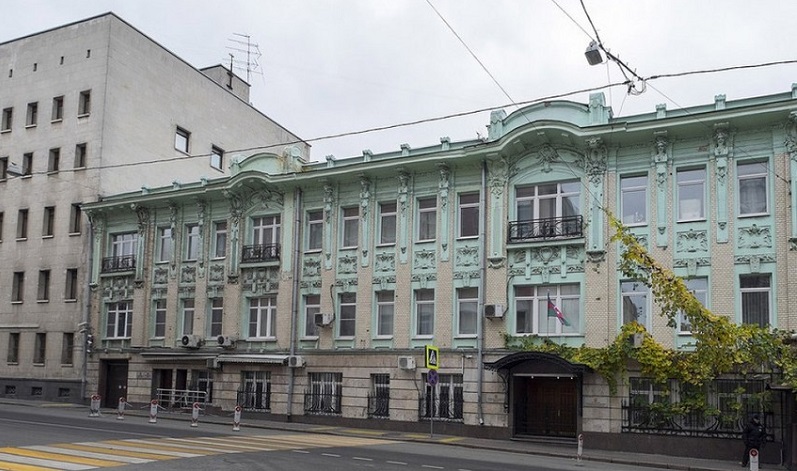 The Embassy of Azerbaijan in Moscow sent an official note of protest to the Russian Foreign Ministry over the obvious anti-Azerbaijani remarks voiced by Russian political scientists and experts of Armenian origin on the air of the “Great Game” program on Channel One on October 20 and 21, 2022.

The note specifically emphasizes that the guests of the talk show, with their speeches, provoke revanchist forces in the Armenian society to revive the conflict left in the past and sow the seeds of enmity between the two peoples by openly supporting separatism.

The embassy brought to the attention of the ministry that the biased statements and open political provocations on the state TV channel contradict the official position of Russia, which has been repeatedly voiced by the President of the Russian Federation and has been manifested in the support for the territorial integrity of Azerbaijan. Such statements and provocations also undermine the steps taken toward ensuring lasting peace, stability and security in the region.

The note also states that in the conditions of the current fragile peace in the region, media representatives have a special responsibility for preventing provocations that could lead to tension and aggravate the situation.

It is also stressed with regret that the host of the talk show and one of the direct participants of this "play" is Vyacheslav Nikonov, a member of the United Russia faction, the first deputy chairman of the State Duma Committee on International Affairs of the Russian Federation. Such behavior of the representatives of Russia’s ruling party runs contrary to the spirit of the Azerbaijan-Russia strategic partnership and alliance interaction and significantly harms bilateral relations.

The embassy again drew the attention of the Russian side to the fact that the relevant provisions of the Declaration on Allied Cooperation between the Republic of Azerbaijan and the Russian Federation dated February 22, 2022, contain a call to refrain from any actions that are detrimental to the strategic partnership, allied relations and from activities directed against state sovereignty, independence and territorial integrity of states, and also provide for joint efforts in countering separatism.

The Azerbaijani side demanded that the Russian side take immediate measures to stop the provocative actions of Russian media representatives and prevent their recurrence in the future.