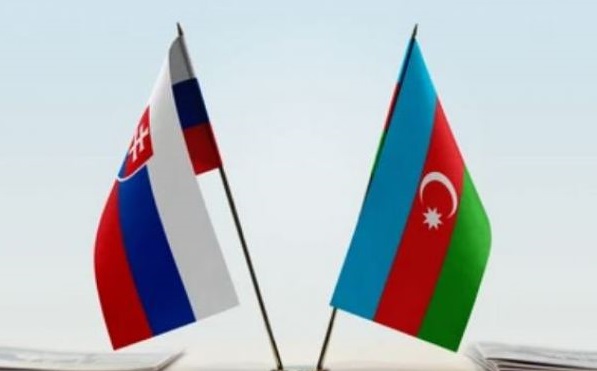 Another round of political consultations was held between the foreign ministries of Azerbaijan and Slovakia.

The Azerbaijani delegation at the consultations was headed by Deputy Minister Khalaf Khalafov while the Slovak one - by Secretary of State of the Ministry of Foreign and European Affairs Martin Klus.

During the meeting, the sides discussed the current relations between the two countries, as well as the prospects for their development in many spheres, including political, economic, trade, investment, transport, transit, humanitarian, cultural, tourism and other spheres.

Khalafov informed the Slovak side of the serious consequences of the 30-year military aggression of Armenia against Azerbaijan, the new situation in the region after the 44-day Armenia-Azerbaijan Nagorno-Karabakh war and the development of current processes in this regard.

The Azerbaijani deputy minister also provided detailed information on the deliberate destruction of settlements and infrastructure in the occupied territories for decades, about the threat of anti-personnel mines, as well as restoration and construction work being carried out on the liberated lands.

Stressing that the elimination of the occupation factor created opportunities for the normalization of relations between Azerbaijan and Armenia, the deputy minister stressed that all regional countries will benefit from the implementation of trilateral statements, including the opening of communications and transport links.

During the meeting, the sides stressed the favorable opportunities for further expansion of cooperation and the importance of continuing the political dialogue, exchanged views on cooperation between Azerbaijan and Slovakia within the international organizations, regional, global issues and other issues of mutual interest.