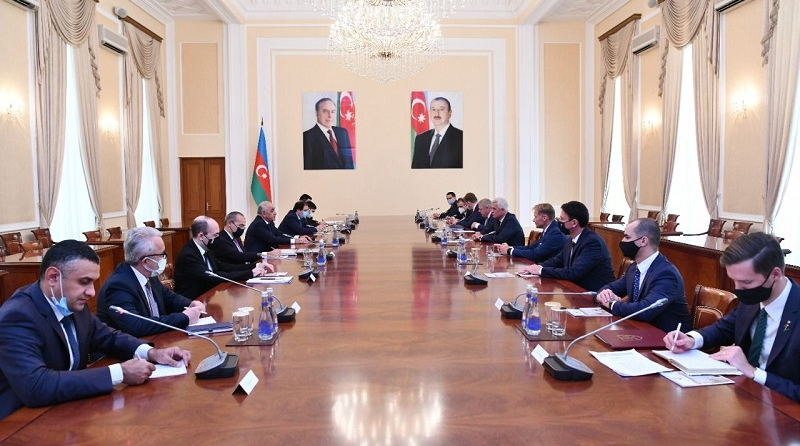 In the course of the meeting, the parties emphasized that an active political dialogue is being conducted between the two countries.

It was noted that Azerbaijan is interested in further development of cooperation with the EU member states.

A discussion was held on expanding cooperation between Azerbaijan and Slovakia in trade, economics, energy, transport, transit, investment and other fields.

Asadov stressed that transport corridors through Azerbaijan, including the Zangezur corridor, will be of interest to Slovakia and the EU, outlining the possibilities of cooperation in the field of a digital and green economy.

It was also noted that Azerbaijan is interested in the participation of companies from friendly countries, including Slovakia, in the restoration of its liberated territories.

Korčok stressed that Slovakia supports the territorial integrity and sovereignty of Azerbaijan, as well as the importance of extending good political relations to the economic sphere.

In the end, an agreement on economic cooperation was signed between the governments of Azerbaijan and Slovakia.

From the Azerbaijani side, the document was signed by Minister of Economy Mikayil Jabbarov, and from the Slovak side - by Minister Ivan Korčok.

The agreement provides for the creation of an Azerbaijani-Slovak joint working group on economic cooperation.