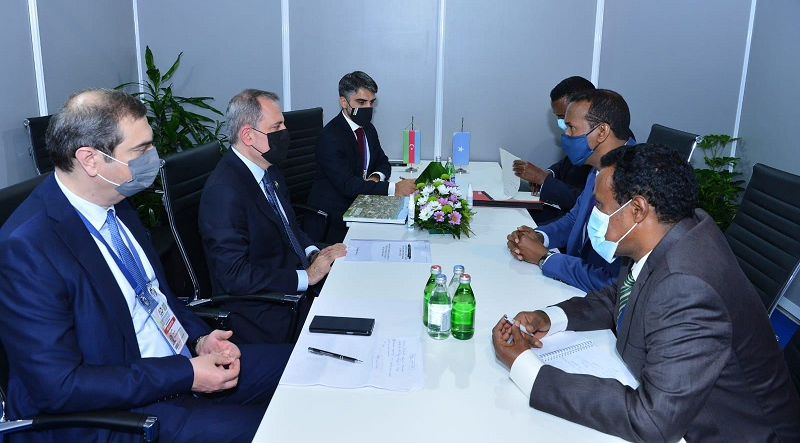 On October 12, 2021, within the framework of a high-level meeting dedicated to the 60th anniversary of the Non-Aligned Movement in Belgrade, Azerbaijani Foreign Minister Jeyhun Bayramov met with Minister of Commerce and Industry of the Federal Republic of Somalia Khalif Abdi Omar.

The ministers exchanged views on various issues on the bilateral cooperation agenda, including the successful continuation of political dialogue, as well as cooperation within international organizations, the Azerbaijani Foreign Ministry told News.Az.

At the meeting, the opposite side stressed the importance of the special session of the General Assembly dedicated to the fight against the COVID-19 pandemic, initiated by the President of the Republic of Azerbaijan.

The ministers also exchanged views on other issues of mutual interest.