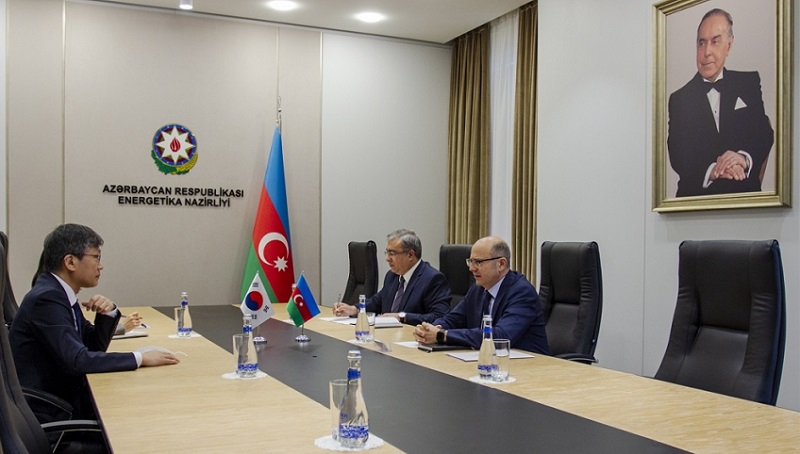 Azerbaijan’s Minister of Energy Parviz Shahbazov met with the Ambassador of the Republic of South Korea to the country Lee Eun Yong, the Energy Ministry told News.Az.

The sides touched upon the development of diplomatic relations, trade and economic relations between the two countries, as well as the current state and future prospects of cooperation in the field of energy.

The ambassador noted that Korean companies possess high technological capabilities and great experience in the field of energy, including the use of renewable energy sources, expressing their keenness to participate in the projects implemented in Azerbaijan.

Pointing to the meetings held last year during the visits of high-level delegations from Korea to Baku, the Azerbaijani Energy Minister emphasized that the meetings gave impetus to the development of relations between the two countries, and created vast opportunities for further cooperation in the energy sector.

During the meeting, the sides also discussed other issues of mutual interest.