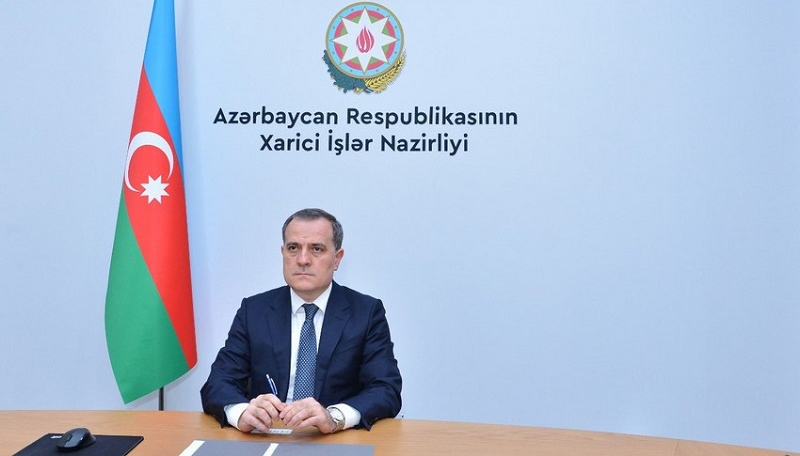 He made the remarks at an extraordinary meeting of the Council of Foreign Ministers of the Organization of Turkic States on the latest developments in Kazakhstan.

The minister noted that Azerbaijan is closely following the current situation in brotherly Kazakhstan with deep concern.

“It is especially regretful that events over last week resulted in human losses and injuries. We convey our heartfelt condolences to the families, closed ones and the entire Kazakh people, and wish a speedy recovery to all wounded,” Bayramov said.

The top diplomat also affirmed Azerbaijan’s support for the earliest normalization of the situation in Kazakhstan and restoration of the rule of law.

“Illegitimate use of force and violence that undermine public order and threaten the fundamental human rights and freedoms of citizens can have no justification, and thus, must be resolutely condemned and rejected,” he said.

“We believe in the wisdom and capacity of the people and the Government of Kazakhstan. We trust that the situation will be overcome and common sense will prevail without risking remarkable achievements Kazakhstan has accomplished since regaining its independence,” the Azerbaijani minister added.

He pointed out that Azerbaijan and Kazakhstan enjoy excellent strategic partnership relations both bilaterally and within relevant multilateral formats, including the Organization of Turkic States and its affiliated institutions.

“These relations firmly built upon common interests and mutual benefit have been leitmotiv for the realization of several landmark regional and trans-regional projects thanks to the determination and shared vision of both countries.”

“Azerbaijan remains committed to the goal of further deepening of these relations, which benefit not only our respective states and people, but also significantly contribute to security, stability and cooperation in the region and beyond,” Bayramov concluded.