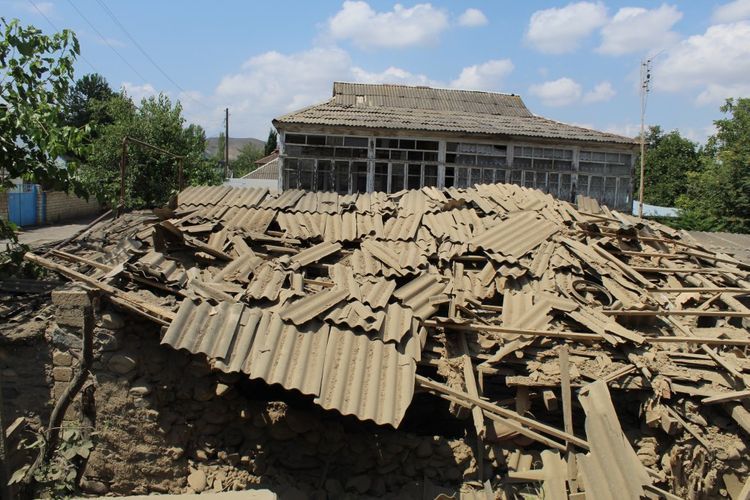 A working Group, consisting of representatives and specialists of the relevant public authorities, have started to assess the damage caused to Tovuz district as a result of the recent military provocation from Armenian side.

The group was set up in accordance with the decree of Azerbaijan's President Ilham Aliyev "On measures to eliminate damage caused to the civilian population, state property, including infrastructure facilities as a result of the intensive shelling of the Tovuz district of Azerbaijan by the Armenian armed forces".

Currently, the specialists are studying the state of public facilities, properties of citizens, and respective expertise work is being carried out.

Moreover, as a result of the artillery shelling, serious damage was caused to private households. So, 20-25 heads of small cattle, 70-75 heads of poultry were destroyed, 300-350 haystacks collected for the winter were completely burned; personal cars of some citizens were seriously damaged by shell fragments; household items and household plots of the citizens were damaged in 15 houses.

The members of the working group examined state property, including infrastructure facilities. After the full establishment and assessment of the damage caused, the government will draw up an Action Plan, and proposals on the complete elimination of the consequences of the provocation will be submitted to Azerbaijan’s president.