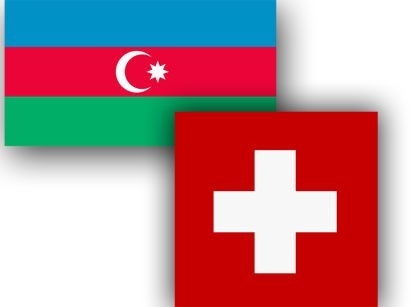 On the occasion of the 25th anniversary of the establishment of diplomatic relations between Azerbaijan and Switzerland, the two countries’ foreign ministries h

In his letter, Azerbaijani Foreign Minister Elmar Mammadyarov underlined the existence of huge potential for bilateral cooperation between the two countries, noting that the partnership covering a variety of areas continues developing, the Azerbaijani foreign ministry told APA on Feb. 3.

He also noted that the two sides hold dynamic political dialogue and emphasized the importance of inter-parliamentary relations.

Mammadyarov mentioned that more than 70 Swiss companies are operating in Azerbaijan and SOCAR is successfully operating in Switzerland, adding that Switzerland’s involvement in transport and railway projects in Azerbaijan are contributing to bilateral ties and that this country opens up vast opportunities in large swathes of territory stretching from the Far East to Northern Europe.

Mammadyarov also stressed the development of cooperation in the areas of education, culture, agriculture, tourism, etc.

Swiss Foreign Minister Didier Burkhalter in his letter touched on the high level bilateral ties and the 25-year-old cooperation between the two countries.

He noted that Azerbaijan is a bridge linking Europe and Central Asia, not only geographically but also in terms of economy and culture.

The Swiss minister said the current partnership is an indication of the strong ties between the two countries, expressing hope that these ties will continue to develop. Burkhalter then extended his best wishes to the people of Azerbaijan.