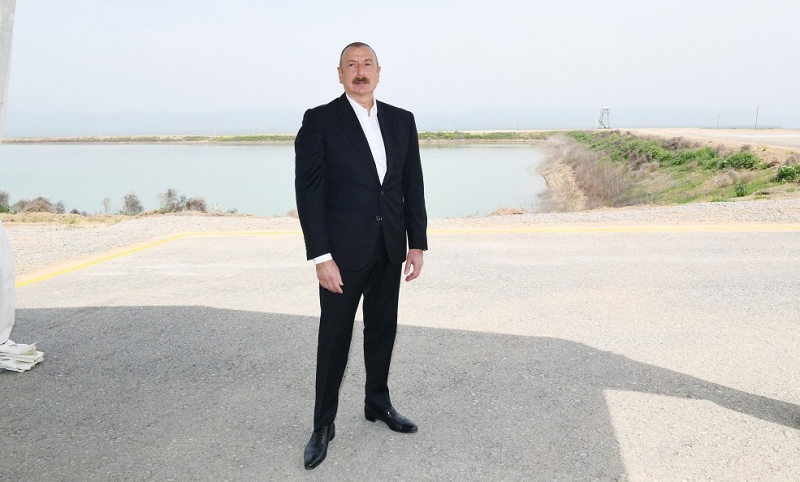 The construction of a new airport will be launched in Azerbaijan’s Zangilan district in the near future, President Ilham Aliyev said in an interview with Azerbaijan Television.

The head of state said there are numerous proposals from abroad, and many of Azerbaijan’s foreign partners want to take an active part in the restoration of Karabakh.

“We certainly welcome this. Naturally, all proposals will be analyzed and discussed. We must do all this work with maximum efficiency in order to create the best conditions for citizens returning to the liberated lands,” he noted.

President Aliyev stressed that the construction of the Fuzuli international airport is proceeding at a high pace.

“In the near future, the construction of a new airport will be launched in the Zangilan district. The third airport will be built in the Lachin district. This will happen a little later. The snow has not yet melted in this district. At the present time, it is not possible to carry out work on the site provided for the airport. We expect work in this direction to begin in May-June perhaps,” the head of state added.