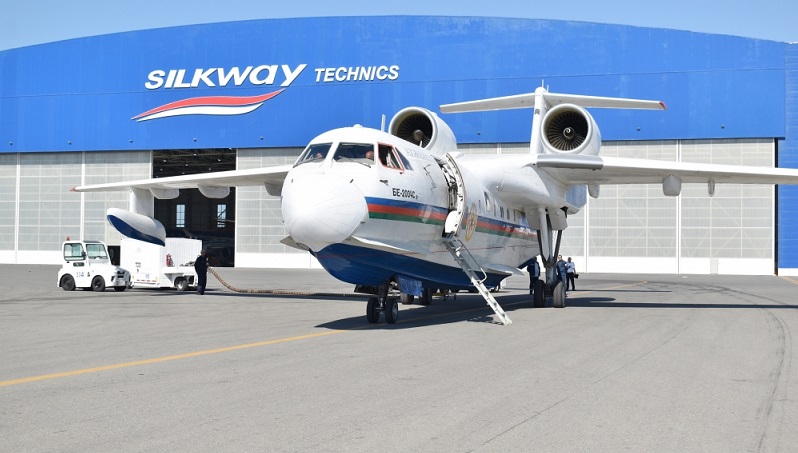 Heavy wildfires continue in the Mugla province of Turkiye.

Under the instructions of Azerbaijani President Ilham Aliyev, the BE-200CS amphibious aircraft of the Ministry of Emergency Situations flew to Dalaman Airport in Mugla province to assist the fraternal country in preventing and extinguishing the fires, the ministry told News.Az.

The aircraft is capable of collecting nearly 12 tons of water in 18-20 seconds without landing on the water surface.

Fifty-five helicopters and 14 planes are involved to control wildfires that broke out in a forest in southern Turkiye.

The cause of the fire in Marmaris district of Mugla province is still unknown.