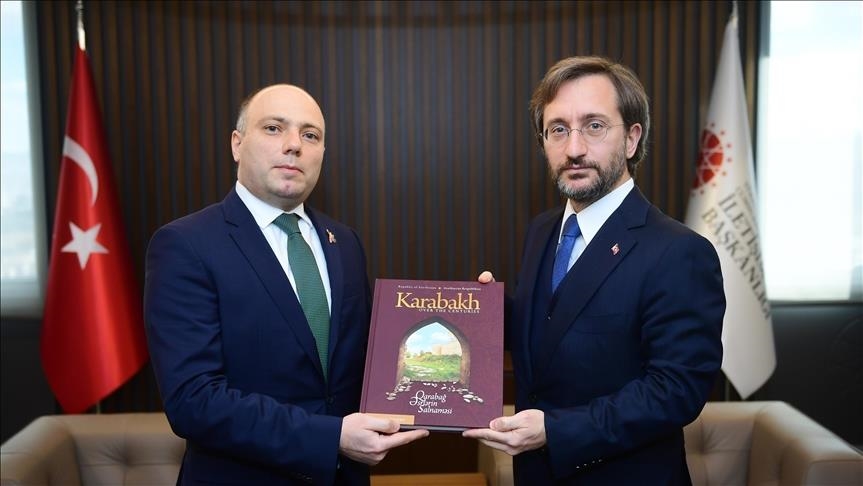 Fahrettin Altun received an Azerbaijani delegation in the capital Ankara, according to an official statement from the Turkish Presidential Communications Directorate, Anadolu Agency reports.

Speaking at the meeting, Altun said the "two states, one nation" motto was implemented practically in the media coverage of the recent Karabakh conflict between Armenia and Azerbaijan.

"A publication prepared by the directorate in three languages on Azerbaijan's victory in Nagorno-Karabakh is a concrete symbol of brotherly relations between the countries," he added.

Also speaking at the meeting, Karimov expressed his pleasure on making his first official visit to Turkey.

"Turkey's support for us is not new. Over a century ago, we liberated Baku with the help of the Islamic Army of Caucasus, and, recently we liberated our occupied territories again with Turkey's help. We will never forget these," he added.

Karimov also thanked Turkey for its support in showing Armenia's attacks on civilians to the world.