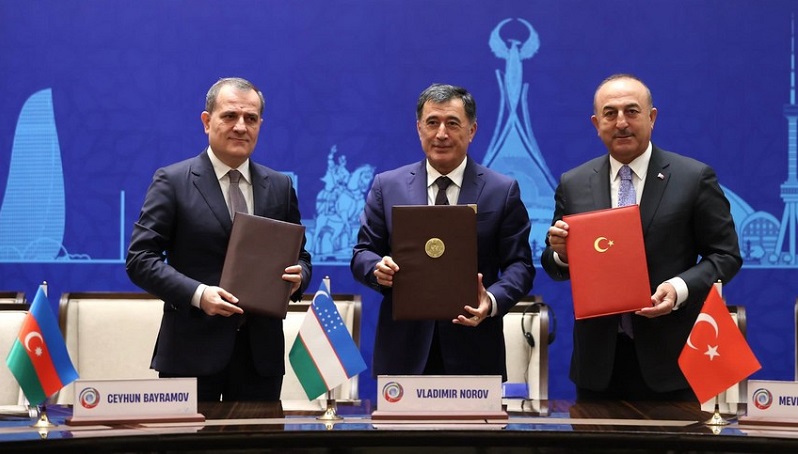 A declaration was signed following the first trilateral meeting of Azerbaijani, Turkish and Uzbek ministers of foreign affairs, trade and transport in Tashkent on Tuesday, News.Az reports.

“Signed the Tashkent Declaration, which will increase the welfare of the Turkic world and strengthen our relations. We will make this mechanism permanent and realize concrete projects,” Cavusoglu said on Twitter.