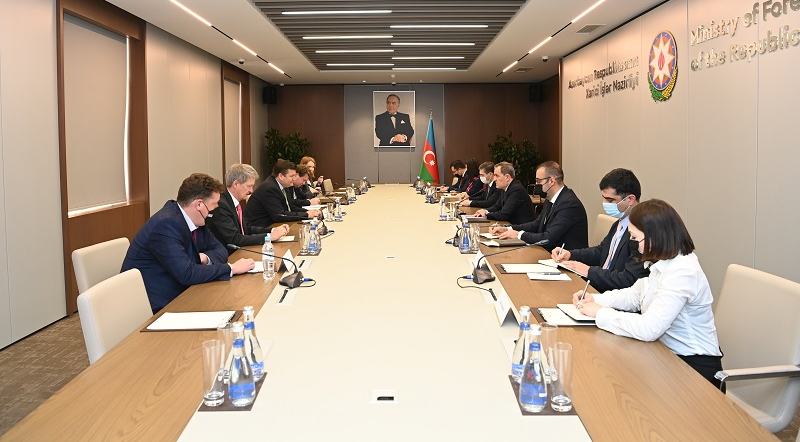 The parties expressed satisfaction with the level of cooperation between the two countries in both bilateral and multilateral frameworks, exchanged views on political, economic, trade, energy, and investment spheres, as well as addressed the issue of restoration of the liberated territories and prospects for cooperation on alternative energy sources and in other areas.

The ministers also outlined the economic success between the two countries and stressed that the UK is the biggest foreign direct investor in Azerbaijan.

Bayramov said 2022 marks the 30th anniversary of establishing diplomatic relations between the two countries and stated that Azerbaijan attached great importance to relations with the UK.

Regional security issues were also discussed during the meeting.

Heappey noted with satisfaction the meeting with the Azerbaijani President during his first visit to the country. He stressed the successful continuation of cooperation between the two countries. It was also noted that Azerbaijan had made a significant contribution to Europe's energy security.

The sides also exchanged views on the situation in Ukraine and discussed other issues of mutual interest.