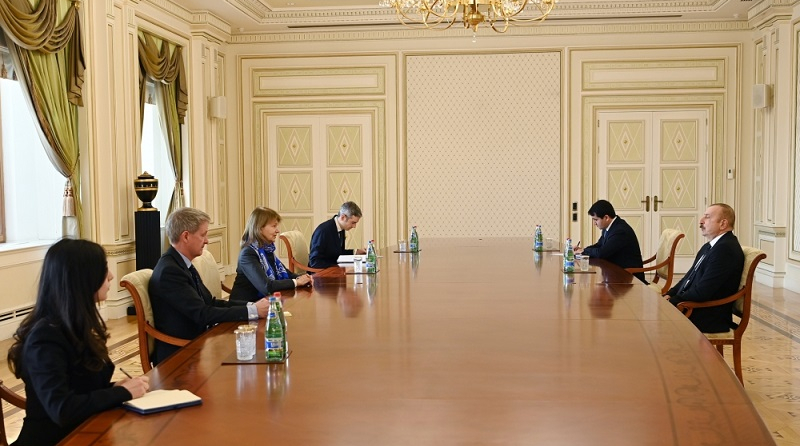 Relations between Azerbaijan and the United Kingdom are at a high level and developing on the basis of strategic partnership, President Ilham Aliyev said as he received UK Prime Minister's Trade Envoy to Azerbaijan Baroness Emma Nicholson on Wednesday, News.Az reports.

The head of state noted that there is mutual trust and confidence between the two countries.

President Aliyev described the UK as Azerbaijan's key trade partner and the largest investor in the country’s economy, emphasizing the expansion of economic and trade ties, energy cooperation and the successful activities of BP in Azerbaijan.

The president also pointed out to the successful operation of British companies in the liberated Azerbaijani territories, especially in the fields of town planning, demining and others.