Azerbaijani Ambassador appeals to Russian MFA amid provocation of Armenians 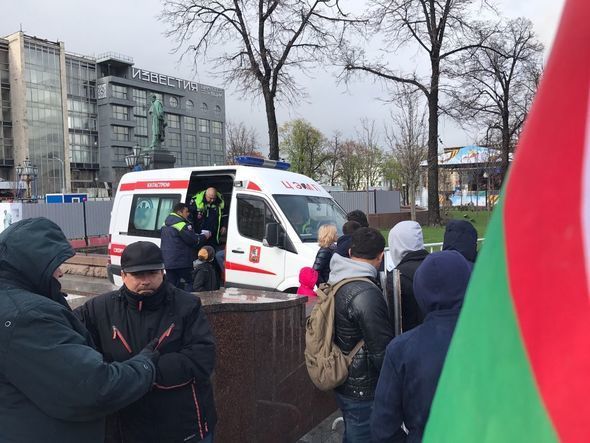 Armenians were already aggressive before the start of the Immortal Regiment action.

Ambassador of Azerbaijan to Russia Polad Bulbuloglu has complained to the relevant official structures of Russia in connection with the provocation of the Armenian side during the "Immortal Regiment" march on May 9 in Moscow.

"The Embassy of Azerbaijan in Russia has contacted the victims and inquired about their condition.
Ambassador of Azerbaijan to Russia Polad Bulbuloglu contacted the Russian Foreign Ministry, Moscow mayor's office and other official structures with a request to understand the incident and prevent the recurrence of such incidents”, source said.

Notably, on May 9, during the action "Immortal Regiment" in Moscow, there was a massive fight between the Armenian and Azerbaijani youth, as a result of which several Azerbaijanis received minor injuries.

The Azerbaijani Embassy in Russia believes that the fight occurred as a result of provocation by the Armenian side.

Executive Director of the Moscow branch of the All-Russian Azerbaijan Congress Shamil Tagiyev stressed that professional sportsmen from the Moscow fight club "Monte" were in the ranks of Armenians.

According to him, Armenians were already aggressive before the start of the rally, gathering near the Belorusskaya metro station.

"We approached the organizer responsible for this site and asked to prevent provocation. He sent the riot police, who demanded from the Armenians to remove the flags.Subsequently, Armenians again pulled out the flags and began to shout their slogans. During the march, distance between the sides decreased, and suddenly a fight broke out”, executive director has said.