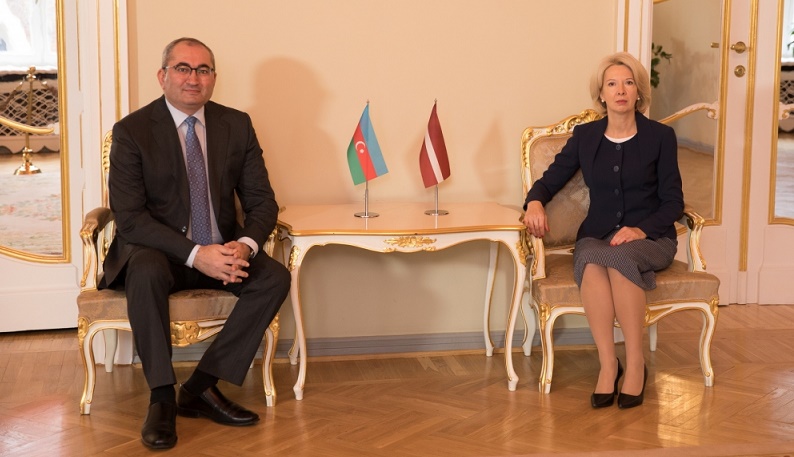 Azerbaijani ambassador to Latvia Elnur Sultanov has met with Speaker of this country`s Saeima Inara Murniece.

The sides discussed expanding the two countries` interparliamentary ties, cooperation within international organizations as well as in the economic, trade and tourism areas.

Speaker of the Saeima Inara Murniece congratulated Elnur Sultanov on his appointment as ambassador to Latvia and wished him success.

Murniece stressed the close cooperation between the parliaments of Azerbaijan and Latvia. She recalled her fruitful meeting with Speaker of the Milli Majlis Sahiba Gafarova in Vienna on September 6.

Sultanov underlined that Latvia was a strategic partner of Azerbaijan, adding that there were good opportunities for developing cooperation between the two countries` parliaments.

The ambassador also noted that as a result of the liberation of Azerbaijani territories from Armenian occupation in the 44-day Patriotic War, the territorial integrity of the country was restored and the conflict was resolved.