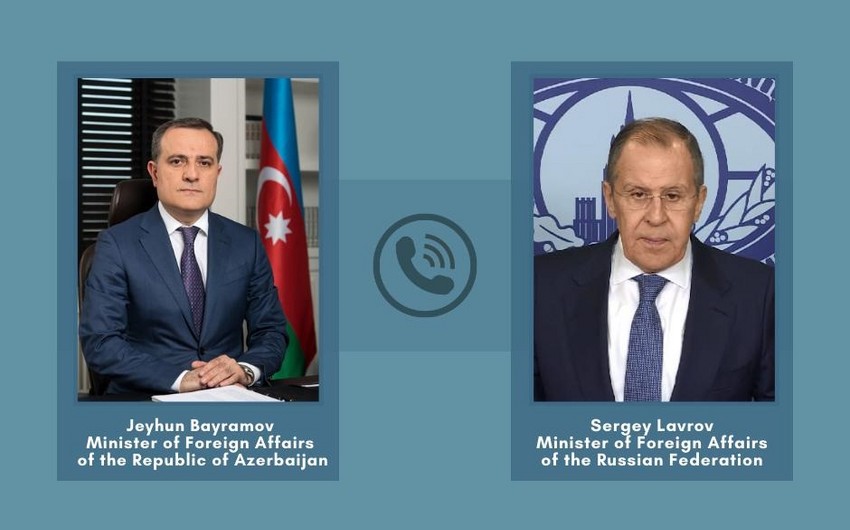 According to the Russian MFA, during the telephone conversation a wide range of issues of bilateral relations was discussed, including the implementation of the provisions of the Declaration on allied interaction between the two countries, signed on February 22 this year at the highest level.

Holding of various events dedicated to the 30th anniversary of the establishment of diplomatic relations between the Russian Federation and the Republic of Azerbaijan was positively noted.

There was also an exchange of views on a number of regional and international issues. The ministers reviewed the implementation of all provisions of the top-level tripartite agreements of November 9, 2020, January 11, and November 26, 2021, including the activities of the Trilateral Working Group on unblocking economic and transport ties, efforts to launch the Commission on the delimitation of the Armenian-Azerbaijani border, as well as the formation of conditions for negotiations on the preparation of a peace treaty between Azerbaijan and Armenia.