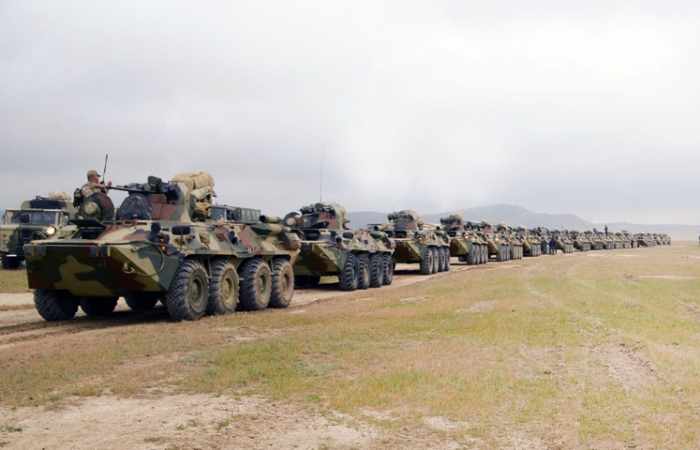 The large-scale exercises started on April 16 in line with the plan approved by Azerbaijan’s President, Supreme Commander-in-Chief of the Armed Forces Ilham Ali

In accordance with the large-scale exercises' plan, the troops and command control posts, after being woken up with alarm signal, are heading to the operational areas, the Defense Ministry said in a statement on April 17, APA reported.

The management of troops, in line with high demands for organizing them, is being done in a covert and operative way.

All movements of the military personnel and military equipment are being regulated by the commandant service.

The troops are carrying out planned actions under the terms of the current stage of the exercise.

About 30,000 servicemen are taking part in the drills that will continue until April 21.

Also, more than 250 tanks and armored vehicles, up to 200 missiles and artillery systems, multiple launch rocket systems and mortars, and 25 combat aircraft are involved in the drills.