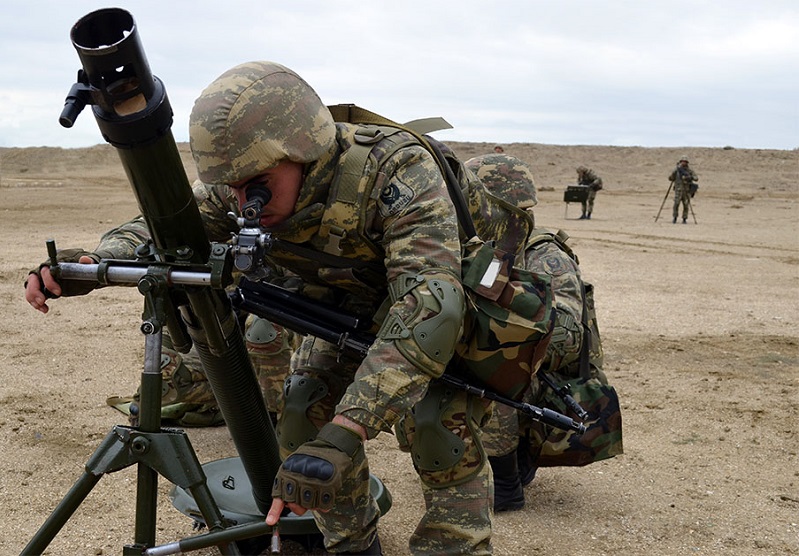 In accordance with the combat training plan for 2022, demonstration battalion tactical exercises were held in the Azerbaijan Army, the country's Defense Ministry told News.Az.

According to the plan of the exercise, held in conditions close to real combat, the area of a possible provocation by an imaginary enemy's sabotage group was determined on the basis of intelligence data.

The battalion left the point of permanent deployment, moved to the assembly area, and by neutralizing the imaginary enemy successfully fulfilled the initial task to suppress a possible provocation.

At the next stage, observation posts were established, and search operations were conducted by units in human settlements.

The main objectives of the exercises are to improve the interoperability between the headquarters and units when bringing the battalion into a state of combat readiness, as well as to increase the commanders’ battle management skills and prompt decision-making abilities.

As a result of the activities carried out with high professionalism, all the assigned goals were achieved during the exercises.