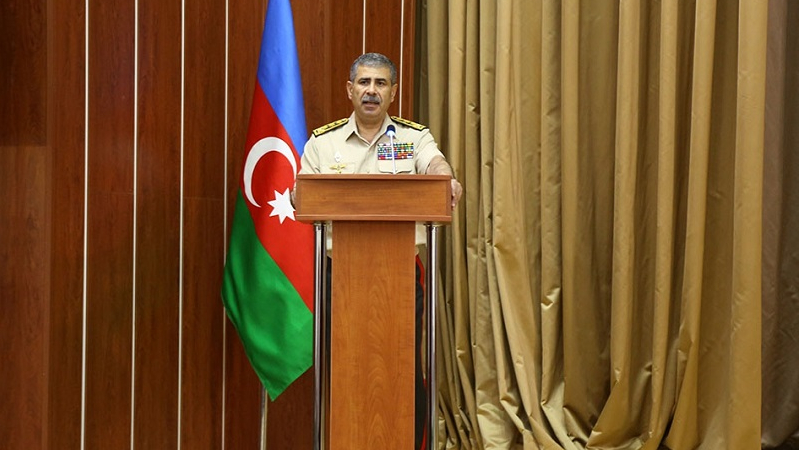 The meeting was held in the Training and Education Center of the Armed Forces, the Defense Ministry reported.

First, the memory of the national leader of the Azerbaijani people Heydar Aliyev and the Shehids (martyrs) who died for the territorial integrity of our country was honored with observing a minute of silence.

Minister Hasanov analyzed the activities on combat training and moral- psychological support over the past period of the current year. He, noting that President of the Republic of Azerbaijan Mr. Ilham Aliyev pays special attention to army development, brought to the attention of the meeting participants the tasks assigned by the Supreme Commander-in-Chief of the Armed Forces for the Army.

Referring to the current situation at the front, the minister instructed to maintain a high level of combat readiness and vigilance of military personnel, and also ordered to immediately and strongly suppress possible large-scale provocations of the Armenian armed forces in various directions.

Recalling the firm confidence of the Azerbaijani people in our Army, he said that every serviceman, from soldier to general, is ready to fulfill his sacred duty to liberate the occupied territories.

Minister Hasanov, speaking about activities for combat training in the Army, providing and equipping units, as well as increasing combat capabilities, gave specific instructions to officials in regard to the further strengthening of ideological work and moral-psychological support of military personnel for the planned educational work, and maintaining constant readiness of troops to fulfill combat missions.