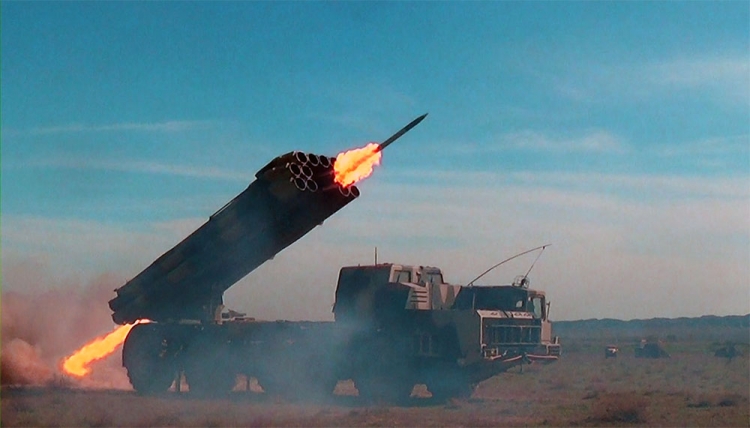 Given the supposed action of the conventional enemy and difficult terrain conditions, effective use of troops and control systems was carried out in line with the principles of modern combined arms operation.

A live firing and fire maneuvers were carried out in various firing ranges and training areas provided with modern equipment.

Azerbaijani military started the exercises April 16 to inspect combat readiness of troops in line with the plan approved by Azerbaijan’s President, Supreme Commander-in-Chief of the Armed Forces Ilham Aliyev.

About 30,000 servicemen participate in the drills that will continue until April 21.

Also, more than 250 tanks and armored vehicles, up to 200 missiles and artillery systems, multiple launch rocket systems and mortars, and 25 combat aircraft are involved in the drills.