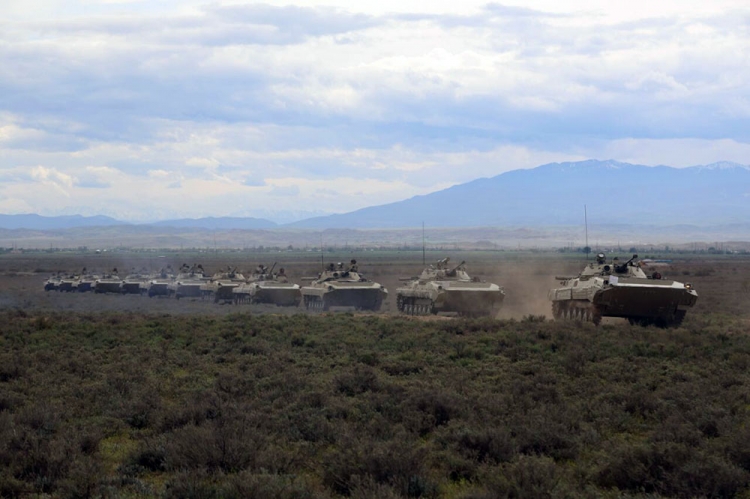 The Azerbaijani Armed Forces have begun the next phase of the large-scale exercises which started on April 16, APA reports.

During the next phase of the exercises, troops fulfilled the tasks on movement from the areas of location to the line of deployment, the Defense Ministry said on Wednesday.

Artillery, air defense, aviation units, as well as special forces performed tasks according to the terms of the exercises.

A distinctive feature of the actions in these exercises is the organizing and conducting of movement of troops in the hours of darkness, which requires additional steps for blackout.

In order to accurately and timely fulfill the tasks assigned, the efforts were also focused on the commandant and engineering services as well as on comprehensive provision of troops.