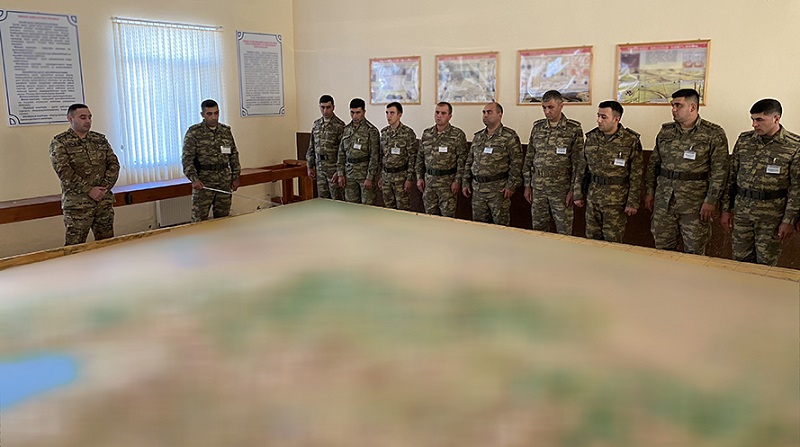 In accordance with the combat training plan for 2022, the command-staff exercises were held in one of the military units of the Azerbaijan Army’s Rocket and Artillery Troops, the country's Defense Ministry told News.Az.

According to the plan, the units were put on alert and withdrawn from the points of permanent deployment to the assembly areas and took firing positions.

During the exercises, the tasks of suppressing the provocations of an imaginary enemy’s sabotage group that penetrated into the zone of responsibility of the units, as well as planning and managing activities on their neutralization were fulfilled.

Moreover, fire support was provided for combined-arms units while the capture of strategically important positions, as well as various combat-training tasks were accomplished.

The main objectives of the exercises are to improve the activities of the headquarters and the interoperability when bringing a military unit into a state of combat readiness, as well as to increase the abilities of commanders in managing units during the battle and their prompt decision-making skills.

During the exercises, the assigned tasks were successfully fulfilled.