Azerbaijani culture to be presented in 'Around World Embassy Tour' 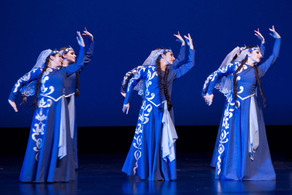 The Azerbaijani Embassy to the United States will take part in the "Around World Embassy Tour", which will be held in the US District of Columbia.

Report informs citing the US media that the Embassy tours will be held from May 6 to 13 with participation of 40 embassies to US, including the Azerbaijani Embassy.

During the event, the embassies will present culture, music, art, fashion and cooking of their states.
Along with this, "European Union Open House" will be organized with participation of 28 European embassies.