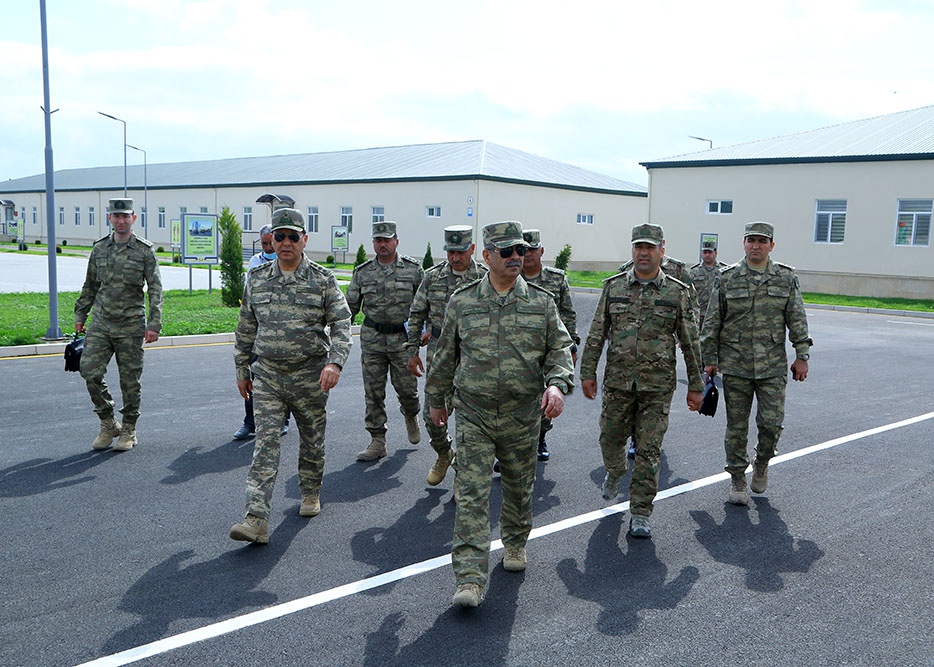 It was reported that buildings that have IP protection and IP video surveillance systems, fire alarm systems, and internal communications are fully provided with furniture and equipment.

Ideological premises, briefing rooms, conference halls, and other office premises were transferred for use in headquarters buildings.

The buildings of residence halls built on the territory of military units are also equipped with furniture and equipment. The working, amenity and other office premises were also transferred to use. The building has fire protection and an internal communication system.

Medical points of the military units are equipped with modern medical equipment.

Spacious canteens built to provide a comfortable and quality meal are equipped with the necessary equipment.

In the food warehouses that have been built in military units, there are refrigerators and other premises for storing food products, and in warehouses, there are premises for storing property. Landscaping lanes were laid on the territory, various tree species and ornamental shrubs were planted, asphalt was laid on the roads, a gas pipeline, and high-voltage power lines were set off.

It should be pointed out that 90 percent of the construction, reconstruction, and repair work carried out at the military facilities of the Azerbaijan Army was completed, and in the coming years, it is planned to complete the whole work. It was noted that construction of residence halls intended for servicemen and their families is ongoing, and under the instruction of the Supreme Commander-in-Chief, work in this sphere would continue to be carried out in the future.

Minister Hasanov, inquiring about the progress of construction work, gave relevant instructions for its high quality and timely completion.