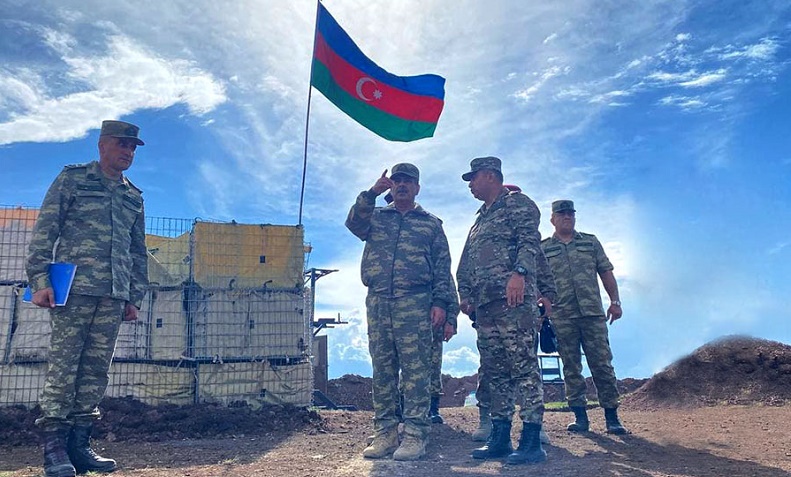 On the instructions of the President of the Republic of Azerbaijan, Supreme Commander-in-Chief of the Armed Forces, Mr. Ilham Aliyev, the visit of the Minister of Defense Colonel General Zakir Hasanov and the leadership of the Ministry to the military units stationed in the Kalbajar region continues.

Having met with the military personnel that is on combat duty at an altitude of 3000 meters at positions stationed opposite the Armenian armed forces units, the Minister of Defense checked the stability of the defense, the combat and moral-psychological training of the military personnel, as well as observed the positions of the opposing side from the command-observation post.

The Minister was reported that all the necessary conditions have been created at the post to ensure high-quality organization and conduct of combat duty.

The Minister highly appreciated the conditions created for the military personnel and expressed his satisfaction.

During the meeting, it was spoken about the work carried out to improve the social and living conditions of servicemen, and it was noted that this work will further be continued.

The minister set the relevant tasks for the command staff to further increase the combat capability.