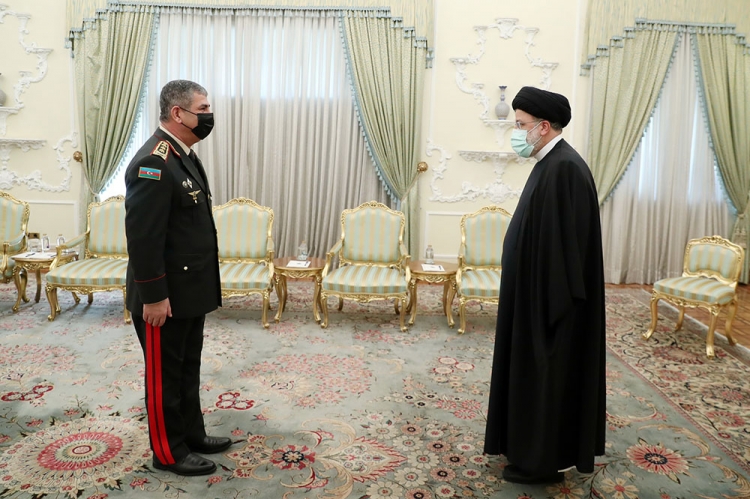 President of the Islamic Republic of Iran Ebrahim Raisi has received a delegation led by Minister of Defense of the Republic of Azerbaijan, Colonel General Zakir Hasanov, who is on an official visit to this country, the Defense Ministry told News.Az.

Iranian President Ebrahim Raisi noted that peoples of the two countries have always lived in good neighborliness for centuries, and bilateral relations between Azerbaijan and Iran are successfully developing in all areas.

Emphasizing the importance of reciprocal visits in terms of expanding relations, the Iranian President expressed confidence that friendly and fraternal relations between the two countries would continue to develop successfully in the coming years.

Expressing gratitude for the hospitality, Colonel General Zakir Hasanov conveyed the greetings of President of the Republic of Azerbaijan, Supreme Commander-in-Chief of the Armed Forces Ilham Aliyev to President Ebrahim Raisi.

The Minister of Defense gave information about the work done in the liberated territories after the victory in the Patriotic War under the command of Supreme Commander-in-Chief of the Armed Forces Ilham Aliyev. The sides hailed the development of bilateral friendly relations between the two countries in various spheres, including military cooperation, and exchanged views on other issues of mutual interest. 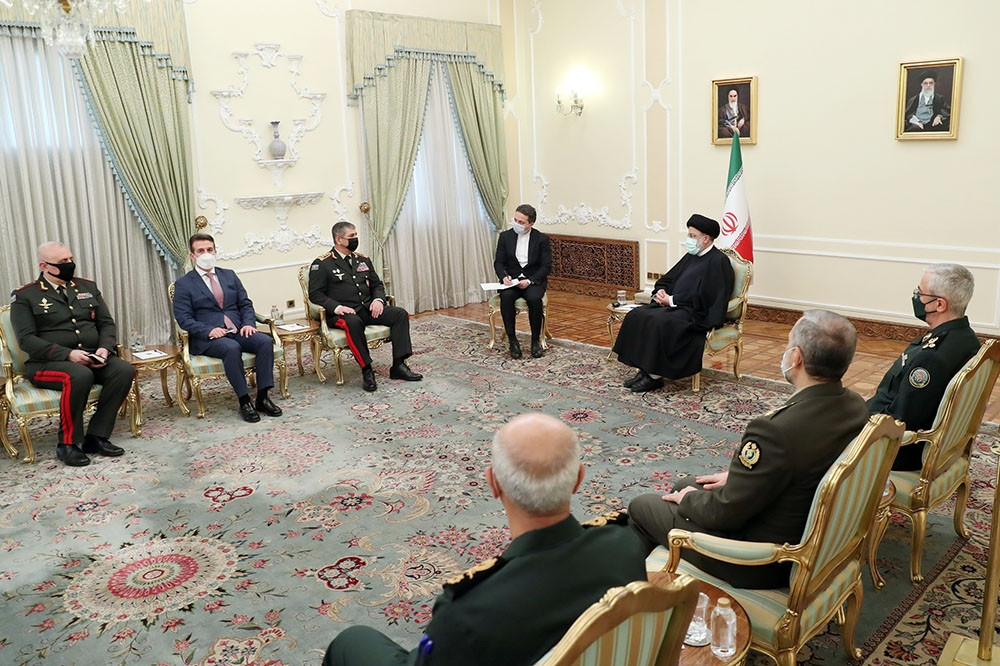