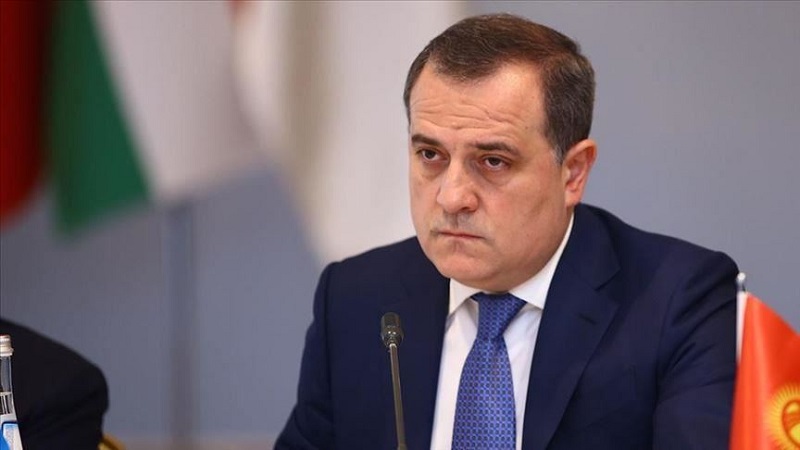 In January 2021, Azerbaijan will celebrate 20th anniversary of its accession to the Council of Europe, Azerbaijani Foreign Minister Jeyhun Bayramov said.

He made the remarks Wednesday at the 130th session of the Committee of Ministers of the Council of Europe, the Foreign Ministry told News.Az.

The minister said during past years, the membership to the Organization has contributed to strengthening the respect for human rights, democracy and the rule of law in my country and we are ready to continue this important work.

Minister Bayramov reminded that while joining the Council of Europe, Azerbaijan and Armenia undertook a joint commitment on the settlement of the Nagorno-Karabakh conflict, which resulted in illegal occupation of about 20 percent of the internationally recognized territories of Azerbaijan and forced displacement of around one million Azerbaijani citizens.

“Over the last 28 years, the mediation efforts under the OSCE Minsk Group did not yield any tangible result, due to the policy of aggression and occupation of successive governments in Armenia. I should remind that in its 2015 judgment in the case «Chiragov and others against Armenia», the European Court of Human Rights recognized the effective control of Armenia over the occupied territories of Azerbaijan. Even after this judgment, Armenia continued to reject its responsibility, without facing any consequences,” he said.

Minister Bayramov pointed out that following a series of highly provocative actions, including the statement “Karabakh is Armenia”, as well as the declaration of the doctrine “new war for new territories”, Armenia’s political-military leadership launched a new military aggression against Azerbaijan on 27 September.

“Since the first day of hostilities, Armenia has been heavily shelling the densely populated areas deep inside Azerbaijan, causing 91 deaths, including 12 children and more than 400 wounded among civilians. I have to stress particularly 2 ballistic missile attacks on the second largest city of Azerbaijan - Ganja at nighttime and 2 other inhuman and treacherous attacks on another city – Barda killing many civilians. These actions of Armenia, which clearly represent a war crime, should be firmly condemned by the international community, including the Council of Europe,” he added.

Counteracting against the Armenian aggression within its right to self-defense under Article 51 of the UN Charter, Azerbaijan remains committed to its obligations under the international humanitarian law, the minister stressed.

“Azerbaijan simply seeks the implementation of the 4 UN Security Council resolutions adopted in 1993 which demand the immediate, unconditional and complete withdrawal of the armed forces of Armenia from the occupied territories of Azerbaijan. The resolutions 1416 (2005) and 1614 (2008) adopted by the Parliamentary Assembly of the Council of Europe urged the parties to comply with these UN Security Council Resolutions and call for the restoration of Azerbaijan’s territorial integrity. This is the shortest path to the peaceful coexistence of Azerbaijani and Armenian communities of the Nagorno-Karabakh region of Azerbaijan, as well as lasting peace between the two member states of the Council of Europe and prosperity in the wider region,” Minister Bayramov concluded.