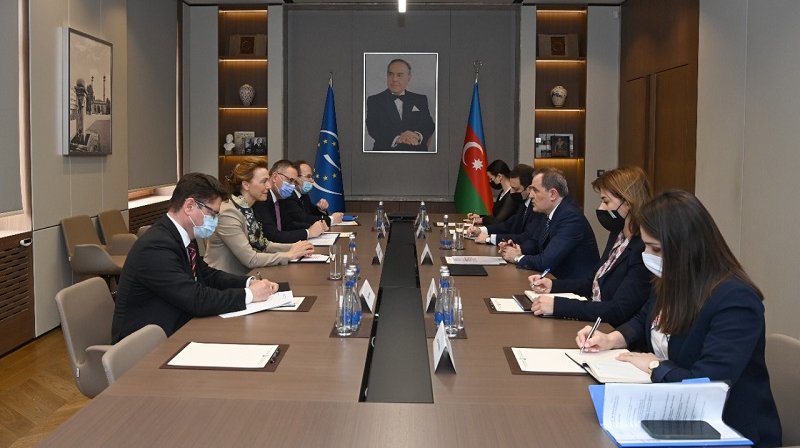 The sides exchanged views on the current state and prospects of cooperation between Azerbaijan and the Council of Europe.

Bayramov briefed the Council of Europe official on the post-conflict situation in the region, the implementation of trilateral statements and steps taken by Azerbaijan in this regard, the delimitation process, as well as the restoration and reconstruction work in the liberated territories. The minister spoke about the serious consequences of the landmine threat in the liberated territories of Azerbaijan, as well as the humanitarian demining work carried out by the Government of Azerbaijan. The Secretary General of the Council of Europe was informed that Armenia has not provided any information on the fate of about 4,000 Azerbaijanis who have been missing since the early 1990s. It was noted that the mass graves found in the liberated territories testify to the systematic and deliberate killing of Azerbaijanis by Armenia and the concealment of information about it.

Minister Bayramov shared Azerbaijan's views on the future development of the region. It was stressed that the normalization of relations based on the principles of international law, including the delimitation of borders and the opening of all communications, the full implementation of the provisions of the trilateral statements are important to ensure peace, stability and progress in the region.

The sides discussed topical issues on the regional and international agenda, the situation in and around Ukraine, as well as other issues of mutual interest.