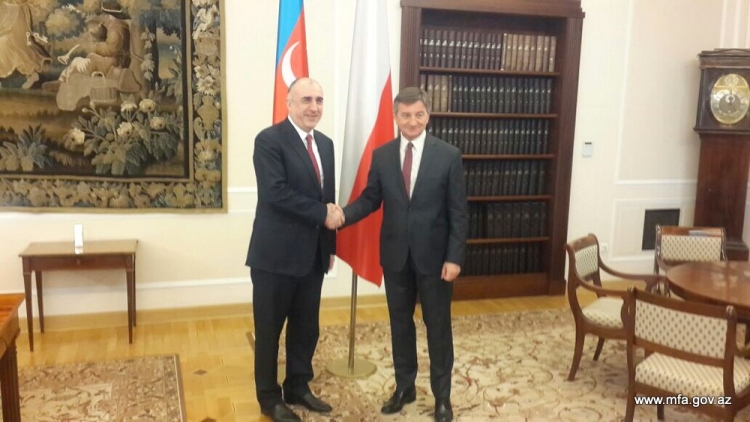 Mammadyarov on Tuesday discussed with head of the Polish Sejm Marek Kuchciński the negotiations process on the settlement of the Armenia-Azerbaijan Nagorno-Karabakh conflict, Azerbaijan’s Foreign Ministry told APA.

The Azerbaijani foreign minister is on an official visit to Poland.