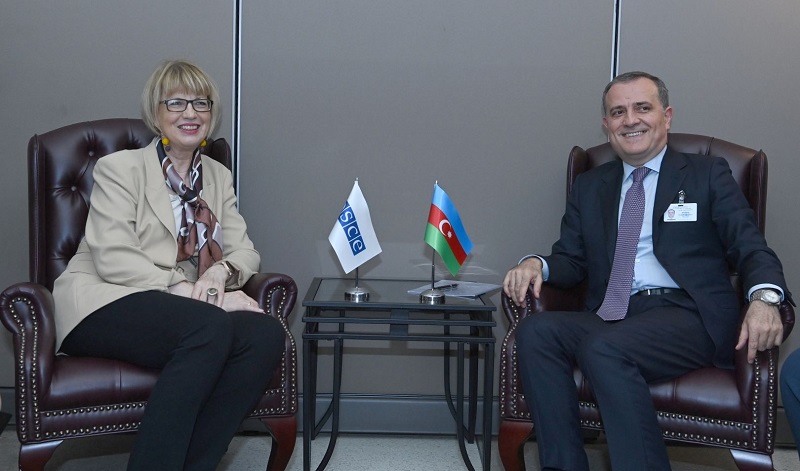 Azerbaijan’s Foreign Minister Jeyhun Bayramov held a meeting with OSCE Secretary General Helga Schmit as part of the high-level week of the 77th session of the UN General Assembly in New York on September 20, the Foreign Ministry told News.Az.

Bayramov stressed that Azerbaijan attaches great importance to cooperation with the OSCE, and in this regard, it is important to implement a program of cooperation between our country and the OSCE in the current post-conflict period. At the same time, the minister noted a number of destructive actions of Armenia within the framework of the OSCE.

The top diplomat informed the OSCE Secretary General in detail about the recent large-scale provocations carried out by Armenia in the region and the current situation, issues related to the implementation of tripartite statements, initiatives put forward by Azerbaijan towards the normalization of relations between the two countries. Bayramov drew attention to such issues as the delimitation of the borders between Azerbaijan and Armenia, demining. Despite the recent military clashes and our losses, he stressed that Azerbaijan stands for the start of the peace treaty process.

Helga Schmit, in turn, expressed concern over the recent clashes and expressed condolences for the losses. The Secretary General stated that they are ready to support the normalization process, taking into account the many years of experience of the OSCE in the region.

The parties exchanged views on issues of cooperation between Azerbaijan and the OSCE, as well as other issues of mutual interest.