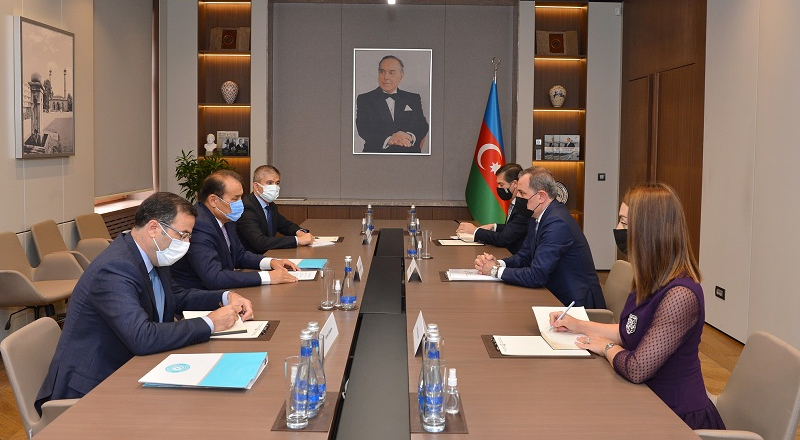 The sides discussed thoroughly the wide-ranging issues on the agenda of the Turkic Council, including the upcoming events, especially the preparations for the Summit to be held in Istanbul this year.

Minister Bayramov wished success to the meeting of the Ministers of Economy of the Turkic Council states and Business Forum that will take place in Baku. It was underlined that Azerbaijan attaches great importance to cooperation within the framework of the Turkic Council and has always supported the organization’s activities.

The sides discussed other issues of mutual interest as well.