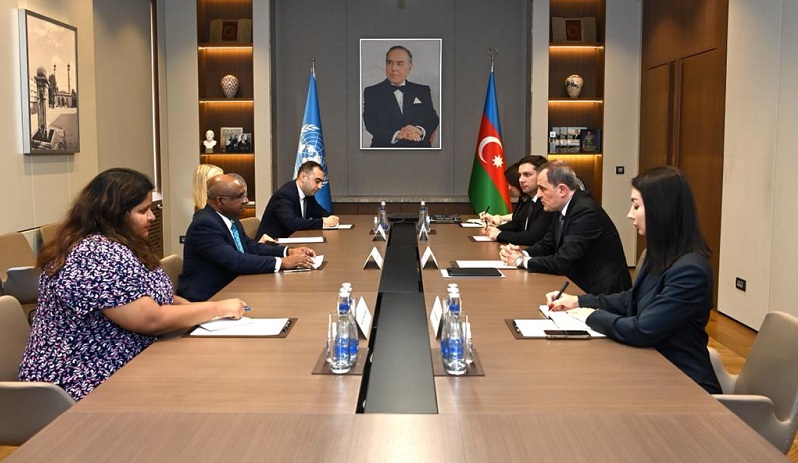 The parties exchanged views on Azerbaijan's activities within the UN, cooperation with specialized agencies of the international organization, future activities, and other issues on the agenda.

Welcoming the guest, Minister Bayramov noted that the visit of the UN General Assembly President to Azerbaijan has become a tradition. He stressed that the visit coincided with the 30th anniversary of Azerbaijan's UN membership. The minister congratulated Abdulla Shahid on his successful presidency of the UN General Assembly at a time when the world is going through a very difficult period.

The parties exchanged views on priority issues of the BA presidency, including work with youth, climate change, gender equality, and other topics.

Minister Bayramov briefed the UNGA chairman on the current situation in the region, including the restoration and construction work in the liberated territories, demining, as well as the steps taken by Azerbaijan to normalize relations with Armenia. He said Azerbaijan would continue its efforts in all important areas to ensure peace and stability in the region, including the signing of a future peace agreement, delimitation of borders, the opening of all communications, and other issues.

The parties also discussed other issues of mutual interest on the UN agenda.