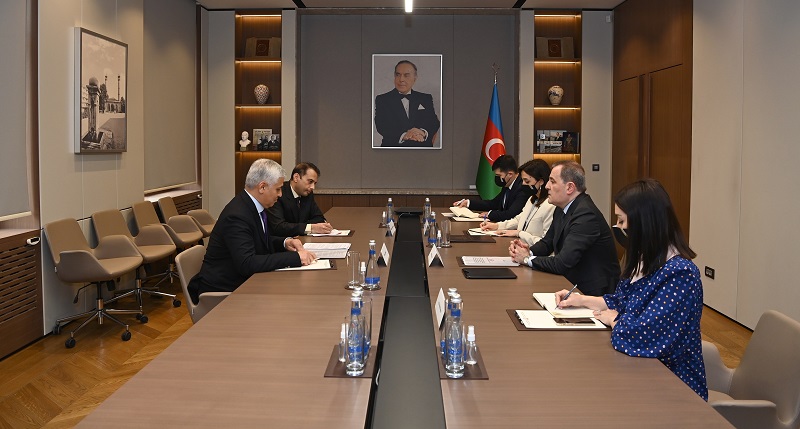 Minister Bayramov stressed that Azerbaijan attaches importance to cooperation with the ECO. Referring to the exchange of views during previous meetings with the Secretary General, he stressed the importance of implementing the documents adopted at the Ashgabat Summit of the Organization. In particular, it was highlighted that the "ECO Vision 2025" document and the priorities identified in this document are of great importance for Azerbaijan. It was noted that the current year 2022 is marked in the ECO as the "Year of Connectivity" and in this regard, Azerbaijan pays great attention to the development of transport and connectivity links in the ECO region.

Khusrav Noziri praised Azerbaijan's contribution to the ECO. He congratulated the Azerbaijani side on the successful hosting of the Third General Conference of the Parliamentary Assembly of the Economic Cooperation Organization (ECO PA). The importance of the parliamentary dimension in terms of expanding cooperation between member countries was emphasized. The Secretary General also noted that special attention was paid to the development of transport and connectivity within the ECO this year, emphasizing the role of Azerbaijan both in terms of geographical location and as a transit hub.

During the meeting, the sides exchanged views on the activities of ECO specialized agencies, including the importance of the ECO Research Center and Clean Energy Center to be headquartered in Azerbaijan. It was noted that discussions on the future activities of the ECO will be held in the coming days with the participation of experts from member countries, and the Azerbaijani delegation will also participate in these discussions.

At the meeting, other issues of mutual interest were also discussed.