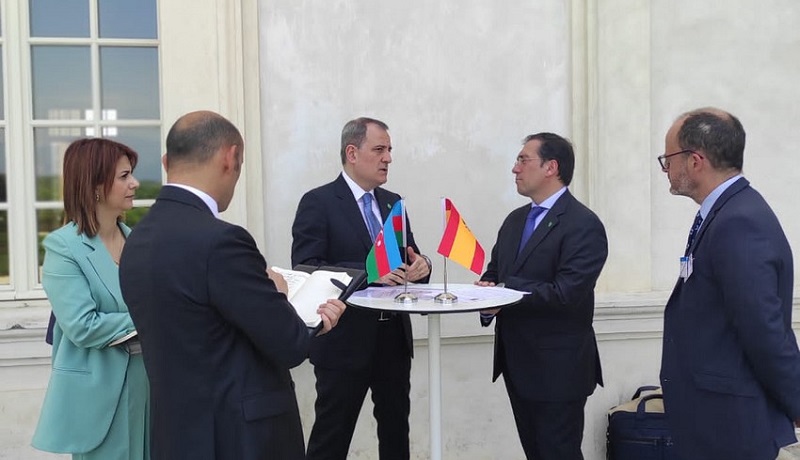 Azerbaijan's Foreign Minister Jeyhun Bayramov met with his Spanish counterpart Jose Manuel Albares on the sidelines of the Council of Europe's ministerial session in Turin, the Foreign Ministry told News.Az.

During the meeting, the ministers discussed prospects for developing bilateral political and economic relations between Spain and Azerbaijan.

The sides stressed the importance of mutual visits between the two countries and agreed to encourage this by both ministries.

The ministers underlined the importance of strengthening cooperation between the two countries in several directions, including economic, energy, scientific and educational, cultural, and other fields.

Minister Bayramov informed his counterpart about the post-conflict situation in the region, the ongoing restoration, and construction work in the liberated territories, demining, work for the safe return of the IDPs to their homes, and steps taken by Azerbaijan to establish peace in the region.